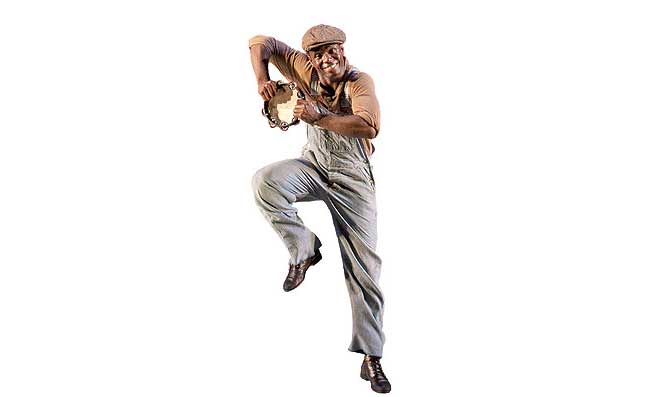 Summer doesn’t officially start until tomorrow but all around Los Angeles there are events and exhibitions that are closing fast. If you’re like us, you hear about a cool event, make a mental note to check it out, then procrastinate and/or completely forget about it until the day before it closes and you’re frantically scrambling to get a ticket. This blog post’s for you: a list of exhibitions and events closing by the end of June or early July. Hurry; the clock is ticking.

Lady Heart Diamond Collection (Natural History Museum): Through June 30
Heart-shaped diamonds are rare. The five ones on display—red, pink, orange, yellow, and blue—are not to be missed.

The Scottsboro Boys (Ahmanson Theatre): Through June 30
Songwriting duo Kander and Ebb’s last collaboration centers on the historical case of nine African American men falsely convicted of rape in Depression-era Alabama. Using a minstrel show as a framing device, the show generated tons of controversy on Broadway along with 12 Tony nominations, including one for Best Musical.

Park Studio: Skaters and Makers (Santa Monica Museum of Art): Through July 6
The original mothers of invention, skaters Stacy Peralta and the rest of the Dogtown crew, plunged into vacant pools and turned sidewalks into high-speed runways. What would they improvise as a playground today? Find out at this exhibition in which high school students helped create blocks that can be arranged into assorted skateboard ramps.

CAFAM Granny Squared (Craft and Folk Art Museum): Through July 1
Take a look at the Miracle Mile museum’s facade, which is covered in thousands of multicolored crocheted granny squares as part of a public art installation by Yarn Bombing Los Angeles.

Windshield Perspective (A+D Museum): Through July 9
Exploring Beverly Boulevard from Normandie to Virgil, here’s a closer look at the sights we unconsciously register when driving. Rediscover the locations and sights we pass every day in a fresh, detailed way.

I Do! I Do! Pasadena Ties The Know Part 1 – 1850 to 1950 (Pasadena Museum of History): Through July 14
Wanna walk down the aisle one more time or engage in some lacywish fulfillment? This exhibition showcases the wedding dress in Pasadena from 1850 to 1950.

Yes, Prime Minster (Geffen Theatre): Through July 14
Who says the fall of the Euro doesn’t make great comedy? In this political satire, Britain’s prime minister and his cabinet members must avoid scandal as they face a slew of problems and potential scandals.