Home TV L.A.’s Mean Streets: 5 Questions for the Guy who Wrote the Book... 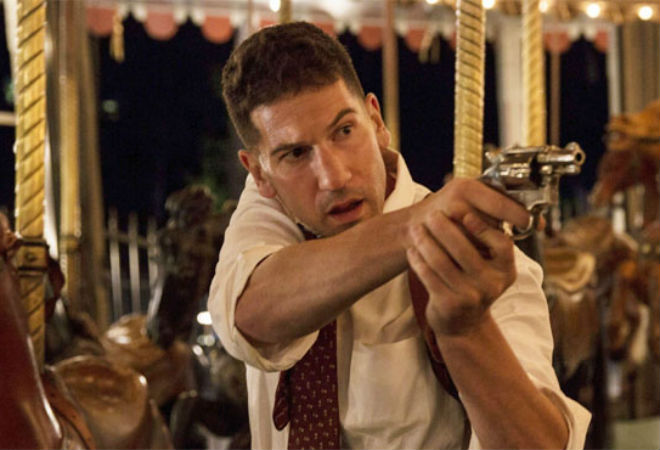 “Maybe Nashville Noir,” John Buntin jokes when asked about future book projects. “It would involve the country music scene. I can definitely see that happening.”

The author of the 2009 bestseller L.A. Noir: The Struggle for the Soul of America’s Most Seductive City, Buntin served as a consultant for TNT’s splashy new show Mob City, which debuted on December 4. “Mob City is a dream come true. I think that really comes across in the show,” he says.

The show is based on Buntin’s book, a thoroughly researched portrait of midcentury Los Angeles as seen through the eyes of young police officer William Parker and thuggish Mickey Cohen. Parker would eventually become L.A.’s chief of police; Cohen, a streetwise opportunist from Boyle Heights, one of its most violent gangsters. We asked Buntin about the era of hardboiled detectives, whiskey-soaked cops, and trench coat-clad mobsters who once roamed the City of Angels.

Was the criminal underground in L.A. that different from New York or Chicago?
It was different in very fundamental ways. When people think of mob cities they don’t normally think about Los Angeles. New York had the five families, Lucky Luciano, and Frank Costello. Chicago had the Outfit. Detroit had the Purple Gang. As a matter of historical fact, the L.A. underworld and the struggle to control it had a much more significant impact on the history of Los Angeles than organized crime had on the history of New York. The LAPD played a very unusual role. In cities like New York and Chicago, mobsters who emerged during Prohibition bought out the courts and the police. In L.A. that wasn’t how the game was played. Politicians and the established nativist underworld teamed up to use the LAPD as an enforcer suppressing criminal entrepreneurs like Meyer Lansky and Bugsy Siegel, who Mickey Cohen would eventually work for and who came out from the East Coast to set up shop. It was a very hard place to get a foot in the door.

What was Mickey Cohen’s early life like?
In 1915, Mickey’s mother, Fanny, moved the family from Brooklyn, New York to Boyle Heights where she ran a grocery store on the corner of Breed Street and Brooklyn Avenue, now Cesar Chavez Avenue. They settled on Breed about half a block from the Breed Street Shul. His family definitely harbored divergent tendencies. One of his brothers, Sam, was straight-laced and very religious. He once hauled Mickey to synagogue to meet with a rabbi. Sam wanted his brother to start in Hebrew school. He thought that would straighten him out. It didn’t go well. According to the story, Mickey got into a beef with another kid while waiting in the hall. He was forcibly turned out and told never to return.

Was there a connection between the L.A. underworld and Hollywood?
Definitely. Raymond Chandler once wrote a letter to a friend when he was working on the backlot at Paramount Studios in which he described observing a group of young studio executives strolling across the lot. He talks about how they dress like gangsters, act like gangsters, and how they admire gangsters. I don’t know if that is entirely fair—Chandler certainly had issues of his own—but there were a lot of acquaintances, a lot of mutual admiration, and business dealings between the two worlds. It didn’t just play out in the celebrity gossip pages.

What was the most difficult thing to unearth when you were researching the book?
There were two valuable documents to my research that were hard to access. One pertained to the police, the other was gangster related. I was fortunate enough to gain access to the Chief of Police files, which is quite unusual. Many of the files had disappeared but what was available shed light on how the LAPD worked back then. It painted a picture of how Parker, after he had risen to the rank of Police Chief, consolidated his power and control. He was a very clever man.

The second piece of information I found at the Newberry Library in Chicago among the papers of journalist and screenwriter Ben Hecht (Scarface, Notorious) who wrote a never-published biography of Mickey Cohen. I discovered all the research Hecht had amassed in the process. That really gave me a vivid image of who Mickey Cohen was as a person. Oddly enough Hecht had the ability to write backwards and would do so in his notes. It was the first time I ever made a request in an archive to take a primary document into a bathroom, so I could read it in the mirror. The passage I read was about Cohen spending $125,000 paying off the Sheriff’s Department. That was magic.

What was the best thing about being a consultant on Mob City?
Doing vintage period pieces in L.A. is incredibly expensive, so it isn’t done much. It was really exciting to be involved with a process like that. The screenwriters were very kind in bouncing ideas off of me. They sought input about the real historic figures behind the characters on the show. We had a great time visiting and spending time at some of the places where these incidents really happened. In the beginning of episode two there’s a flashback to Mickey Cohen’s inauguration into the criminal world, at the age of nine. He drifted over from his home in Boyle Heights and tried to heist a movie theater box office just off Broadway. A lot of the physical world that Bill Parker and Mickey Cohen inhabited is still there. You can literally go see where Mickey’s life of crime started and it’s just around the corner from where a young Bill Parker, who came to L.A. from Deadwood, South Dakota, worked one of his first jobs as an usher. That’s kind of amazing.