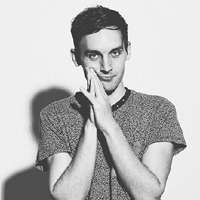 The annual exodus of music fans and journos to SXSW seems to have dampened March’s residency scene. For adventurous listeners who are sticking around, there are a few standout acts to catch on Monday and Wednesday nights. Take a look at the music residencies for March 2014:

MONDAY
Moses Sumney at Bootleg Theater (March 3, 10, 17, 24, 31)
Having opened for Dr. Dog at the Wiltern, Sumney flies solo on a smaller stage. The 23-year-old singer known for his idiosyncratic, soul-infused folk songs has been turning heads since performing at Beck’s one-night-only Song Reader concert at Disney Hall. And he was voted L.A.’s Best Emerging Artist of 2013 by The Deli (the magazine, not a random sandwich shop). Catch him now before he gets huge.
Think: A one-man band with soulful guitar and live percussion looping.
Listen: via Soundcloud
Cover: Free

James Supercave at the Echo (March 3, 17, 24, 31)
The Echo residency is intended to build buzz in advance of the local quintet’s debut EP, which comes out in late March. In January KCRW chose a demo version of the band’s song “Burn” as its “Today’s Top Tune.”
Think: Grouplove’s weirder, cooler younger brother.
Listen: via Soundcloud
Cover: Free

Eagle Rock Gospel Singers at the Satellite (March 3, 10, 17, 24, 31)
The Silver Lake hipster haven gets some old-time religion with a month-long stint from an Eagle Rock crew known for its mashup of gospel and southern-tinged indie rock. They’ve already stormed stages all across town, from the Troubadour to the Hotel Café.
Think: If T-Bone Burnett did the soundtrack for a film about a southern preacher.
Listen: via Soundcloud
Cover: Free

WEDNESDAY
Distant Cousins at Hotel Café (February 26, March 5, 12, 19, 26)
Listeners who haven’t seen the L.A. trio live may have heard its music; songs by the Cousins have appeared on the TV shows Graceland and Criminal Minds as well as the MLB All-Star Game. The February/March residency should feel like home for the band, which appears regularly on the Hotel Café stage.
Think: Somewhere between fun. and Mumford and Sons.
Listen: via Soundcloud
Cover: TBA