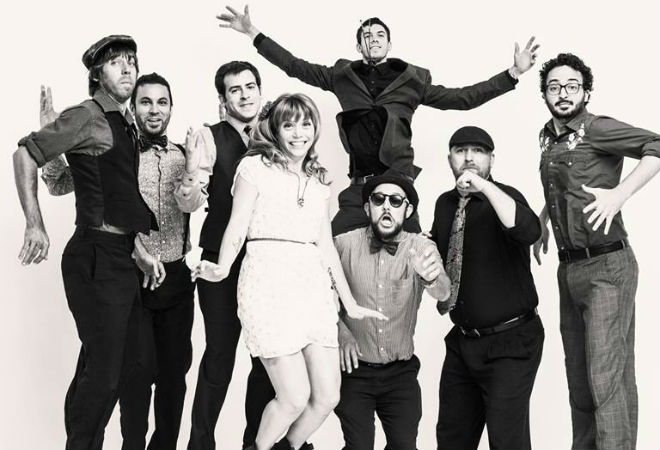 It’s back to school—the school of rock, that is—for bands in the Los Angeles area, as musicians try out new songs, celebrate milestones, and keep the drinks flowing at these free (or low-cost) residencies in September.

Free Energy at The Echo (September 16, 23 and 30)
Coming off a summer tour supporting its new album Love Sign, the five-piece recently contributed a cover of Sleater-Kinney’s “You’re No Rock N’ Roll Fun” for AV Club’s “Undercover” series.
Think: The power pop of Weezer or early New Pornographers.
Listen: via Soundcloud

Zak Waters at the Satellite (September 2, 9, 16, 23 and 30)
Celebrating the release of the pop and R&B singer’s new album, Lip Service, this is Waters’ second residency in 10 months. He played the dearly-departed Central Social Aid and Pleasure Club in December of 2012.
Think: A more soul-influenced version of Maroon 5 frontman Adam Levine.
Listen: via Soundcloud

Dear Boy at the Bootleg Bar (September 9, 16, 23 and 30)
The first night of Dear Boy’s residency will serve as a record release party for the L.A. quartet’s self-titled EP. The song “Oh So Quiet” has already hit #3 on KROQ’s “Locals Only” countdown.
Think: A poppier – but only slightly – version of Death Cab For Cutie.
Listen: via Soundcloud

Fire in the Hamptons and Deluka at Club Los Globos (September 2, 9, 16, 23 and 30)
Fire in the Hamptons will be using the residency shows to promote its Kickstarter campaign meant to fund a new album, while Deluka is back playing live after DJing at the Electric Daisy Carnival in June.
Think: Anything from the Black Keys to M83, depending on the track (Fire in the Hamptons), and Garbage if the electro-rockers didn’t care at all about the top 40 (Deluka).
Listen: Fire in the Hamptons via Soundcloud, Deluka via YouTube

The Dustbowl Revival at the Mint (September 11, 18, 25, October 2, 16 and 23)
The Mint loves the local roots and jazz collective, booking Dustbowl Revival for another residency after a successful run back in May. This time, the Mid-City restaurant and bar is giving over Wednesdays in September and October to the Venice-based band.
Think:  A natural opening act for The Lumineers or Mumford and Sons.
Listen: via SoundCloud