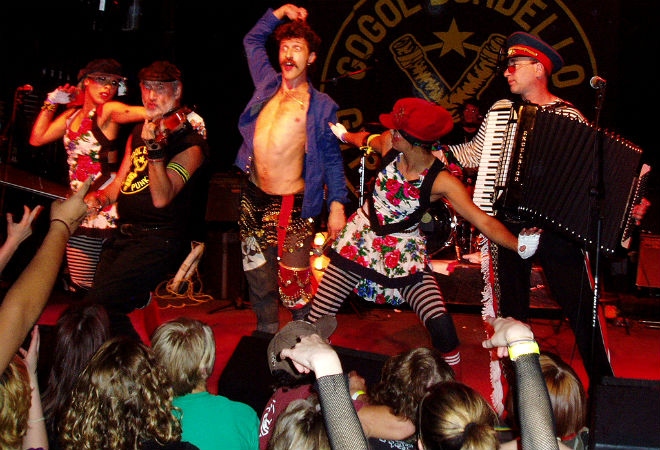 The Waterboys – Monday, Oct. 7
The band has weathered several transformations in its sound and its membership during its 30 year existence. Their consistency lies with founding (and only permanent member) Mike Scott who has a knack for blending rock music with Celtic folk and for spiritual lyrics that tell a story. 1988’s Fisherman’s Blues, which peaked at #3 on the US modern rock charts, brought them mainstream attention and gave momentum Irish and Scottish music as a whole. On October 21st, they’ll a six-CD box set of the album. To commemorate the occasion, the group has set out on their first tour in six years.
El Rey: 5515 Wilshire Blvd. Miracle Mile; Tix: $27.

Willie Colon – Thursday, Oct. 10
Recording his first album at 17 and becoming one of the first acts signed on the legendary salsa label Fania Records, “El Malo,” as he came to be known, has cemented his place in salsa history. The trombonist and vocalist has collaborated with all the greats, Tito Puente, Hector LaVoe, Celia Cruz, Ruben Blades and was a member of the Fania All-Stars, the ensemble that ruled the scene. His handprint in the formation of making salsa popular and recognized is undeniable. He has begun to recently tour after a decade of absence, however never dormant, he has been actively involved in political and social activism here in the States and Latin America. Whatever it was that inspired Willie to hit the stage again is definitely our gain.
Conga Room: 800 W. Olympic, Downtown, Tix: $50-$150.

Pet Shop Boys – Saturday, Oct. 12
Neil Tennant and Chris Lowe bring their Electric tour to town, supporting their new record of the same name, which was released in July. Known mostly for mid-1980s chart-toppers like “West End Girls,” “Always On My Mind,” “Domino Dancing,” and “It’s a Sin,” the band may have a new album but the sound remains the same: catchy electronic beats meant to get you onto the dance floor. With the new open-space plan in the recently renovated Shrine Auditorium, that shouldn’t be a problem.
Shrine Auditorium: 665 W. Jefferson Blvd. Los Angeles, Tix: $60-$150.