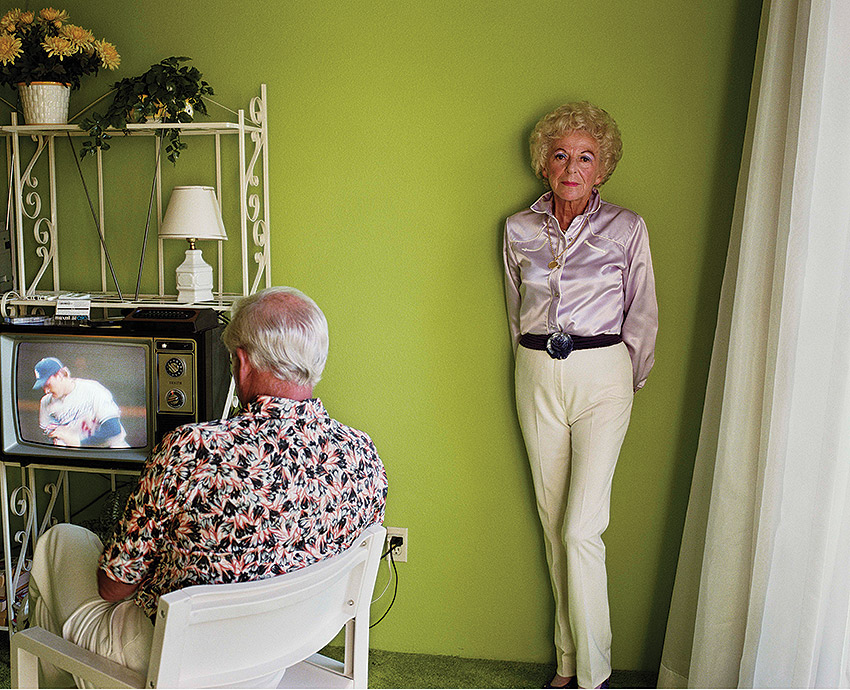 "My Mother Posing For Me" by Larry Sultan, from Pictures from Home, 1984/copyright and courtesy estate of Larry Sultan.

Whether he was photographing porn actors, blind people learning to swim, or the industrial crevices of the Jet Propulsion Lab, Larry Sultan sought meaning in the mundane. He came of age during the ’60s in the San Fernando Valley, moving to San Francisco for art school. His camera often led him back to Southern California. Sometimes playful but always engrossing, the images he took of his parents at their Woodland Hills house, and later at their Palm Desert retirement community, form his most intimate work, Pictures from Home, which he presented alongside home movies and recordings of family conversations in a traveling exhibition. He died of cancer at 63 in 2009, but you can share his fascination when the first retrospective of his work, Larry Sultan: Here and Home, opens at LACMA on November 9.