Home Art A Group Opposed to the LACMA Redesign Is Staging Its Own Design... 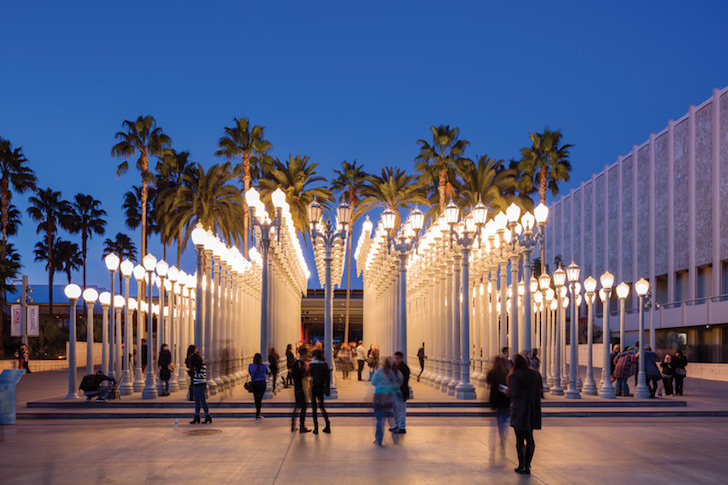 Activists dissatisfied with the current plan to redesign the Los Angeles County Museum of Art have a new tactic. They are staging a protest design competition called LACMA Not LackMA, asking for architects to come forward with alternatives to the Peter Zumthor’s plan, which was set into motion in 2009 and was ultimately approved by the L.A. County Board of Supervisors in 2019.

Behind the competition is the Citizen’s Brigade to Save LACMA, an organization also linked to a series of newspaper ads that appeared in publications earlier this year. Architectural Record identifies Greg Goldin and Joseph Giovannini as co-chairs of that group, which is unrelated to prominent anti-remodel group, Save LACMA.

Goldin discussed the action in a Los Angeles Times op-ed, writing that “it is not too late to reconsider just what kind of museum ought to be built,” and that the contest provides an opportunity to do just that.

“[W]e must revisit LACMA’s plan and suspend construction,” Goldin writes. “To continue is to commit an act of civic vandalism, turning the remains of LACMA into a lever for blackmail.”

Critics like Goldin and Giovannini object to the remodel for several reasons, particularly a reduction in public gallery space at the main Wilshire Boulevard campus (though LACMA is also investing in an expanded footprint in South L.A.), and a rather bold reevaluation of how art should be displayed. “The idea is to show LACMA’s diverse art collections as changing, cross-cultural theme exhibitions,” Times art critic Christopher Knight wrote, rather than the more conventional organization by era and country of origin.

While many on both sides of the debate agree that an early vision from Zumthor was more architecturally dynamic than the version that was ultimately approved, it was concerns for cost, construction time, and preservation of another L.A. landmark, the La Brea Tar Pits, that proved to be major factors in dialing some elements back.

The protest competition accepted entries through April 15. A page on the Citizen’s Brigade to Save LACMA website states an announcement of the winner will take place at the “end of April.”

RELATED: Newspaper Ads Call for LACMA to Be ‘Saved’