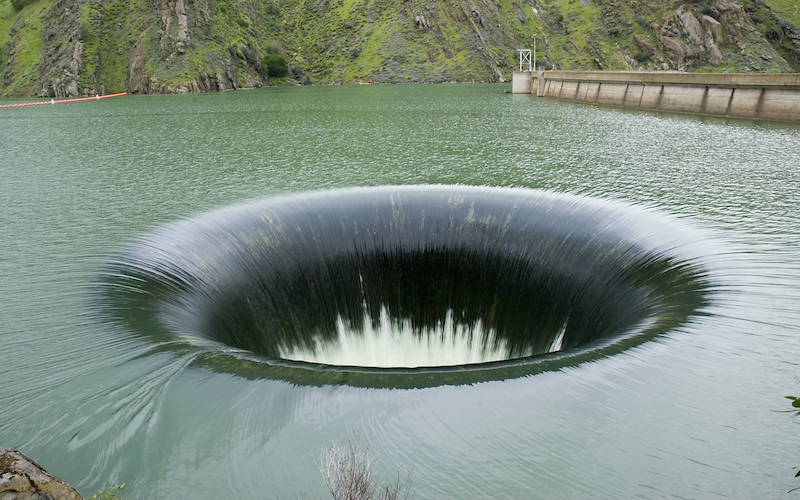 One of California’s weirdest spectacles is back. Record-breaking rainfall has caused water to flow into the manmade hole in Lake Berryessa (70 miles west of Sacramento) for the first time in nearly a decade. Officially called the Monticello Dam Morning Glory Spillway, the hole is designed to keep the dam from overflowing. It works sort of like a sink drain. But instead of the drain being at the bottom of the lake, it sits at the top. When the water rises to a certain level it flows over the top and into the 72-foot-wide, 200-foot-long pipe into a river below.

If you’re headed up north anytime toon, visitors interested in viewing the area have been advised by the California Bureau of Reclamation to watch for possible mudslides and debris.

The lake had been so dry that skateboarders used the pipe to ride and make videos.

RELATED: These Dramatic Photos of the Oroville Dam Crisis Show Why Officials Called for a Mass Evacuation