Home Celebrity Lake Bell Is in Everything Right Now, and That’s Exactly How It... 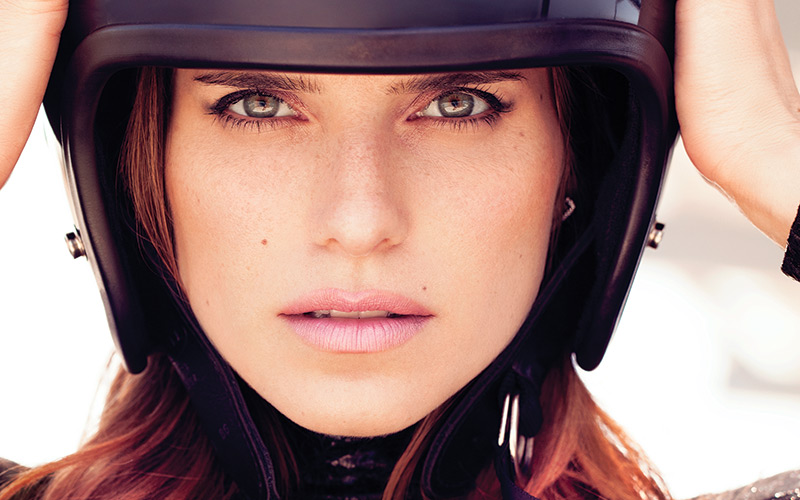 Lake Bell rolled up to our interview in a 1988 Toyota Land Cruiser. Technically it’s cream colored, but the paint is yellowy, as if some overachieving middle schooler tried to tea-stain it for a history project. The SUV is kind of a perfect metaphor for Bell: She, like it, is unapologetically herself, delightfully unexpected, a little weird (in the best way), and a total crowd-pleaser—which may explain her chameleonic oeuvre. Behold five motley projects from the past month alone: Wet Hot American Summer: 10 Years Later (August 4) and the new season of BoJack Horseman (September 8), both Netflix comedies; the prison thriller Shot Caller (August 18); the rom-com Home Again (September 8); and the marriage dramedy I Do…Until I Don’t (September 1).

Bell wrote, produced, directed, and stars in that last one, her first such endeavor since 2013’s In a World… (about voice-over actors who narrate film trailers). “I started writing I Do…Until I Don’t ten years ago, when I was cynical about marriage,” she says. Meeting her now-husband, tattoo artist Scott Campbell, was a real-life plot twist. “Our relationship changed the film in the way that I hoped it would,” she says with a smile. Here she talks wedding hashtags and the one accent she can’t hack.

Costar’s name Scott would ink on your body?
Rob Corddry. He officiated our wedding, so, like, that’s actually not a bad idea.

You’ve lived above eateries in France, England, and New York. L.A. restaurant you’d live above?
Proof Bakery. Then you could have croissants. The smell is the key—if you’re gonna wake up every morning to a smell, that’s the one.

Narrator for the trailer of your biopic?
Carol Solomon. That’s my character from In a World…. So this is a super-meta answer.

L.A. snacks you’d stock the fridge with when working from home?
Moon Juice all day. They have an amazing chia seed pudding. Also their Brain Dust. I don’t know what it is, but it seems good for your brain. And then Sunday Cats, which are these electrolyte freeze pops.

You ask friends not to text you when you’re writing. Who’d text you anyway?
Tig Notaro. But she’d only do it for the bit—she hates texting.

Punny L.A. wedding hashtag?
#MalibuBarbieQ. For a barbecue-themed wedding in Malibu, you know?

Scene It Before: Calamigos Ranch from Wet Hot American Summer