Home Business Why the Laemmle Family Decided to Give the Movie Theater Biz Another... 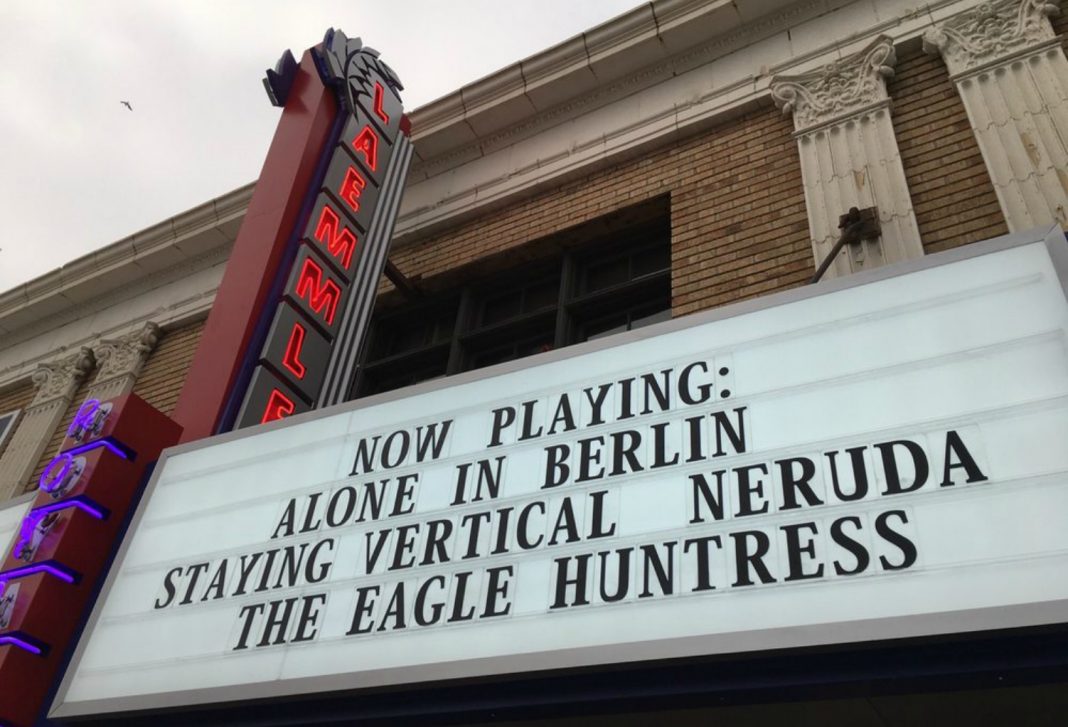 It’s awards season, and once again many Guild and Academy voters will visit a Laemmle theater to catch Oscar contenders in a communal atmosphere, on a big screen, with no interruptions.

The 81-year-old specialty movie chain, which now has seven locations and 41 screens, has long been a mainstay in Southern California, with theaters in Claremont, Glendale, Santa Monica, North Hollywood, Pasadena, West Los Angeles, and Encino.

Recently, however, the future of the family-owned exhibition biz—considered a “specialty exhibitor” because it shows the limited-release and art house movies, and some repertory too—seemed unclear when, in the summer of 2019, the Laemmle family put the entire chain up for sale. After record ticket sales in 2018 for theaters big and small, the bottom fell out late in the year and business remained weak through the summer of 2019. When we spoke with him late last year, Greg Laemmle, 54, CEO of Laemmle Theatres, estimated that business was down 30 percent in the first half of the year.

That’s a blow for a mom-and-pop operation. Compared to the bigger exhibitors, art houses are “more like a boutique,” says Paul Dergarabedian, senior media analyst for Comscore. “They really rise and fall based on films performing well. If you’re an AMC you can weather the storm. For specialty exhibitors, it’s much harder to do that.”

The slowdown meant it was “a real, real struggle to get butts in the seats,” says Ted Mundorff, who headed Landmark for 17 years, until he departed in October. “The commercial guys had trouble too, but then a couple of Marvel films came along and they made up lost ground. The specialty world hasn’t made it up yet.”

Laemmle expected that his business would be down 10 to 20 percent for the entire year, but in November the family announced it wouldn’t sell after all. But that doesn’t mean staying the course won’t be a challenge.

“It’s been a good steady business for us, and we do believe in the future of exhibition, but you know, when you are in the middle of a drought, you’ve got to get through it,” Greg Lammle says. “You know, we’re a small family business. We don’t have to make ton of money, but we’re not built to lose money.”

The closely held circuit was founded in 1938 by Max Laemmle, a cousin of Universal Pictures founder Carl Laemmle. Max passed it to his son Robert. It’s now run by Robert’s son Greg, while Robert plays an advisory role.

One of Laemmle’s strengths is that it owns (or has long term leases) on the dirt under all seven of its theaters. Only 12 percent of specialty theaters own their land, according to a 2018 survey by SMU/DataArts, and 43 percent just rent.

That gives Laemmle more control over costs in an era of rising land values and rents. It also makes it a more valuable asset in a sale. Sources estimate a value of around $20 million. In December 2018, Landmark Theaters—with 252 screens in 27 markets—went for about $100 million.

While the Laemmle chain was for sale, it ended management contracts with two locations that it operated but didn’t own the land under in Beverly Hills: the Fine Arts and, most notably the Music Hall, a single-screen theater it operated for 45 years.

“We were able to institute some cost saving measures to sort of stem the flow, and then the product started to turn around,” Greg explains.

In the third week of November, the Laemmles had a crucial meeting with a potential buyer, but ended up walking away from any sale.

“It was arguably a fair price, but business conditions had improved and at some level the family decided that, you know, we could leave the chips on the table, so to speak,” Greg says. “You can always make more business, but once you’ve sold, then it’s over.”

Laemmle is still expanding. Its new a two-story, seven-screen, 500-seat theater in Newhall is behind schedule but expected to open this Spring. A fourplex in a mixed-use development in Azusa, arrives in 2021; and a four-to-six screen theater in Bellflower is due within a couple years.

As for Landmark, it’s holding steady under new ownership, Cohen Media Group, a New York specialty distributor famous for its French releases. A source said Cohen wants more commercial fare, but Landmark COO Paul Serwitz explained that it’s more complicated than that. “While Landmark’s growth may include some increase in wider release films, there are no plans of reducing the programming of independent, art, and foreign film,” Serwitz said in an email. “Specialty film remains the trademark of Landmark’s programming.”

All movie theaters—art houses especially—will continue to be challenged by the boom in digital streaming. Patrick Corcoran VP and chief communications officer for National Association of Theater Owners, says, “What we’re going to see is continued disruption in the home…[streaming] has bitten into linear TV and transactional home video revenue.”

But Serwitz is skeptical that streaming will kill the in-theater business: “We believe that they will continue to coexist and that the combination of continued enhancement of great theatrical environments and great film will keep the business healthy.”

Greg Laemmle said that while big circuits like AMC and Regal won’t play movies released day and date online, Laemmle is happy too. Recently, it had successes with Netflix features The Irishman and Marriage Story, both of which have done strong business.

“Art houses are willing to play it because there is an audience that wants to see it in the theater, even when they have a Netflix subscription,” Laemmle explained. “They appreciate the opportunity to see it on a big screen, in a communal environment, and so they go. So, let the chips fall where they may.”

RELATED: Studio Boss Carl Laemmle Took on the Government to Save Jews from the Nazis

My LA to Z: Candice Patton