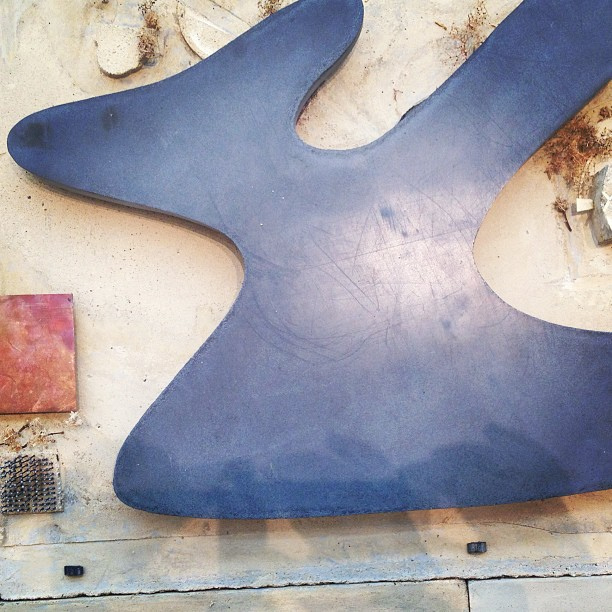 For the museum’s latest exhibition, The Presence of the Past: Peter Zumthor Reconsiders LACMA, which opened yesterday, the institution has gone meta, tracing its history from the days when buzzards and bears roamed Rancho La Brea to the days when donors and politicians settled on compromise candidate Pereira to construct the building. (Ludwig Mies vander Rohe and Eero Saarinen were among the rejected architects; imagine for a moment how that might have looked.)

LACMA opened in 1965 and people have been complaining about it ever since: its layout, its multiple buildings, its circulation problems and aesthetic discord. The exhibition explores much of that history including a radical overhaul proposed by Rem Koolhaas in 2001. The stunning design would have demolished most of the campus except the Goff Pavilion for Japanese Art and the old May Company building and covered the entire facility, now contained in a single building, under a giant Mylar-fiber net.

That’s all fun to look at but it’s a windup for the big pitch. The centerpiece of the exhibition is Zumthor’s proposed design for LACMA, a curving, swooping, sprawling building raised above street level alowing visitors to walk underneath it. There’s no official entrance; instead, you can enter via any of the seven stairwells that hold up the museum. Zumthor’s big black amoeba, which would replace most of the original buildings on the East Campus, stands in stark contrast–some would say rebuke–to LACMA’s West Campus with its stately Renzo Piano-designed Broad Museum of Contemporary Art and Resnick Pavilion.

If you hate it, don’t worry. The project is several years from breaking ground and is expected to cost $650 million, which has yet to be raised.