Home News How Do You Make an Immersive Event in the COVID-19 Era? A... 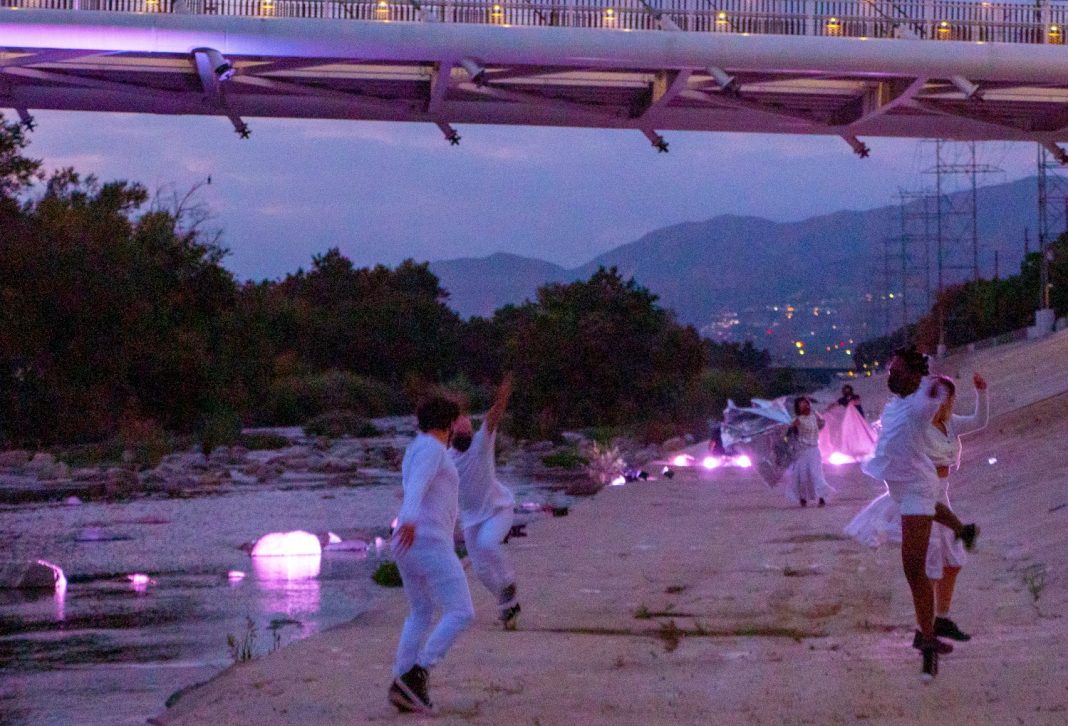 For two decades, Mikhael Tara Garver has been at the forefront of immersive and experiential entertainment. She had worked on projects for a wide range of organizations and companies, including AMC and the National Park Service. In January, Garver, who had been splitting her time between New York and Los Angeles, moved her base of operations here to focus on some large projects on behalf of her production company 13Exp.

“This was a field that was growing exponentially,” says Garver. “We were in the midst of massive growth. It was nonstop. I was looking at three years in front of me nonstop.”

Then the COVID-19 pandemic hit and in person events were taken off-calendar indefinitely. It’s been a huge blow to many in the business of making art and entertainment specifically meant to bring people together, but Garver decided she’d meet the challenge. In connection with River L.A., Garver is currently developing a slate of new experiences called Rio Reveals, which debuts on November 27 with a new virtual experience called Rio Records.

For River L.A., the nonprofit dedicated to revitalizing Los Angeles River and getting communities to engage with it, the pandemic prompted them to rethink fundraising. “In this age of the pandemic, we, as a board, realized that fundraising is not going to be the same going forward,” says Krisztina “Z” Holly, who is on the board of directors for River L.A. “I had this vision that we could create an innovative, collaborative, COVID-friendly fundraiser that would be unlike anything that anyone had ever done before.”

Last summer, Holly and Garver connected and began to put a plan in motion.

Part of the goal is to fundraise for the organization, but there’s another one too. Holly says that the group is also looking to “inspire and activate all of the communities along the river with these immersive stories from the past, present and future to help get people excited about the future.”

Rio Records will be a 70-minute interactive journey that people can enjoy from their computer at home. Each of the performances, which run through December 29, will be unique.

“This experience, for me, isn’t just about performance, but it’s an adventure. It’s a collaborative adventure online where you get to explore different parts of the river,” says Holly.

“We’re trying to figure out how to feel connected to something larger and how to feel connected to our city,” says Garver. “It is a challenge, but instead of looking at it as you can’t do this and you can’t do that, we said, what does it look like to have a real immersive experience where you have options of doing it from home?” Moreover, she asks, how will walking or car experiences work?

It’s not the only experience that the team have in mind. In late October, they ran an event called Firefly Nights, a preview to introduce people to the world they’re building in Rio Reveals. Firefly Nights was innovative approach to in-person events. It was, partially, a car experience that incorporated song, dance and shadow puppets. The second portion of the night included a socially distant tour through performances that took place near the river.

She adds, “Experientials need to meet people where they are, and people are living in a lot fear—for good reason.”

Right now, Garver is showing that there are other avenues of immersive and experiential entertainment that can be explored.

“Experiential, at its best, it’s both extraordinary and it brings to life the magic that we don’t always see in the world,” says Garver. And you don’t necessarily have to leave the house for that.