Los Angeles magazine’s cover story in our November issue with “This is L.A. On Acid” splashed across the front is being developed as a TV series.

The in-depth feature, written by Peter Kiefer, explores why the city “is currently in the grip of a psychedelics fervor” and how we got to this point. After a competitive bid last week, that cover story titled “Shrooms! Shamans! Kosher LSD! Why Los Angeles Is Suddenly Tripping Out,” officially snagged a deal for a television and metaverse project.

Veteran producer and founder of Stone Village Television, Scott Steindorff, acquired the rights for the LA Mag cover story on behalf of Stone Village’s sister company, Higher Frequency Media. Steindorff will executive produce the project, titled Psychedelic City, in collaboration with Dylan Russell as well as Zhara Astra who will also be taking producer credit. Kiefer will also be involved in the project as a writer, he told Los Angeles.

For Steindorff, who was diagnosed as an adult with ADHD and aspergers, adapting the cover story into a series was not only a personal desire, but also something that he felt could help other people who live with similar conditions.

“It’s just something that I feel very strongly about,” Steindorff told Los Angeles, “It’s just a very important timely T.V. show and there’s other aspects of this article that I see can absolutely change lives.”

He added, “I have family members that were out on Adderall that almost destroyed their lives and I have friends that have lost their lives to some of those pharmaceuticals. So I feel that some of these therapies, whether it be psilocybin or new experimental therapies, can really help people rather than harm people. And I think there’s a way to do this in a very entertaining and informative way.”

Higher Frequency Media, which specializes in digital art and NFTs, also plans to create a metaverse platform for Psychedelic City that focuses on crypto, digital, and immersive art, music components, and experimental therapies, according to a statement. Steindorff added that the Psychedelic City metaverse will be designed to operate as a virtual-reality space in which users can interact with a computer-generated environment and other users.

Steindorff said he envisions the dramedy being “a combination of Silicon Valley meets Limitless.” His team has already started development as they prepare to field interest from potential partners and studios. Steindorff said he hopes to unveil the Psychedelic City to the public by next summer.

Of the TV development deal, Los Angeles’ Editor-in-Chief Maer Roshan says: “Peter Kiefer’s cover story deftly captured the eccentric personalities and interest groups at the center of the city’s psychedelic awakening. It’s no surprise that Hollywood took notice. Over the last year, a wide array of stories from the magazine have been adapted into books, movies, TV shows and podcasts. It’’s gratifying to be working at a magazine that is helping define the national culture.”

Kiefer, who has written another high-profile feature story for Los Angeles about Twitter personality Yashar Ali, said that he didn’t initially expect for his psychedelics cover story to gain as much attention as it did. But after fielding interest from several producers before landing on Steindorff, he realized the impact that the story could have on culture.

“There’s some really important information that can be communicated in a show about psychedelics,” Kiefer said. “I think potentially a show could serve to hopefully further wipe away some of the stigmas that have been attached to psychedelics, which I reported on in my article.”

Kiefer added that he’s also interested in exploring how the industry can monetize something that is ultimately a very mystical experience and the tensions between people ranging from spiritual shamans and seekers to Wall Street financiers who all have different motivations for wanting to bring psychedelics into the mainstream.

Kiefer, who is based in Venice and has written for several publications–including The Hollywood Reporter, New York Times–was represented in the deal by his lawyer Eric Spiegelman. 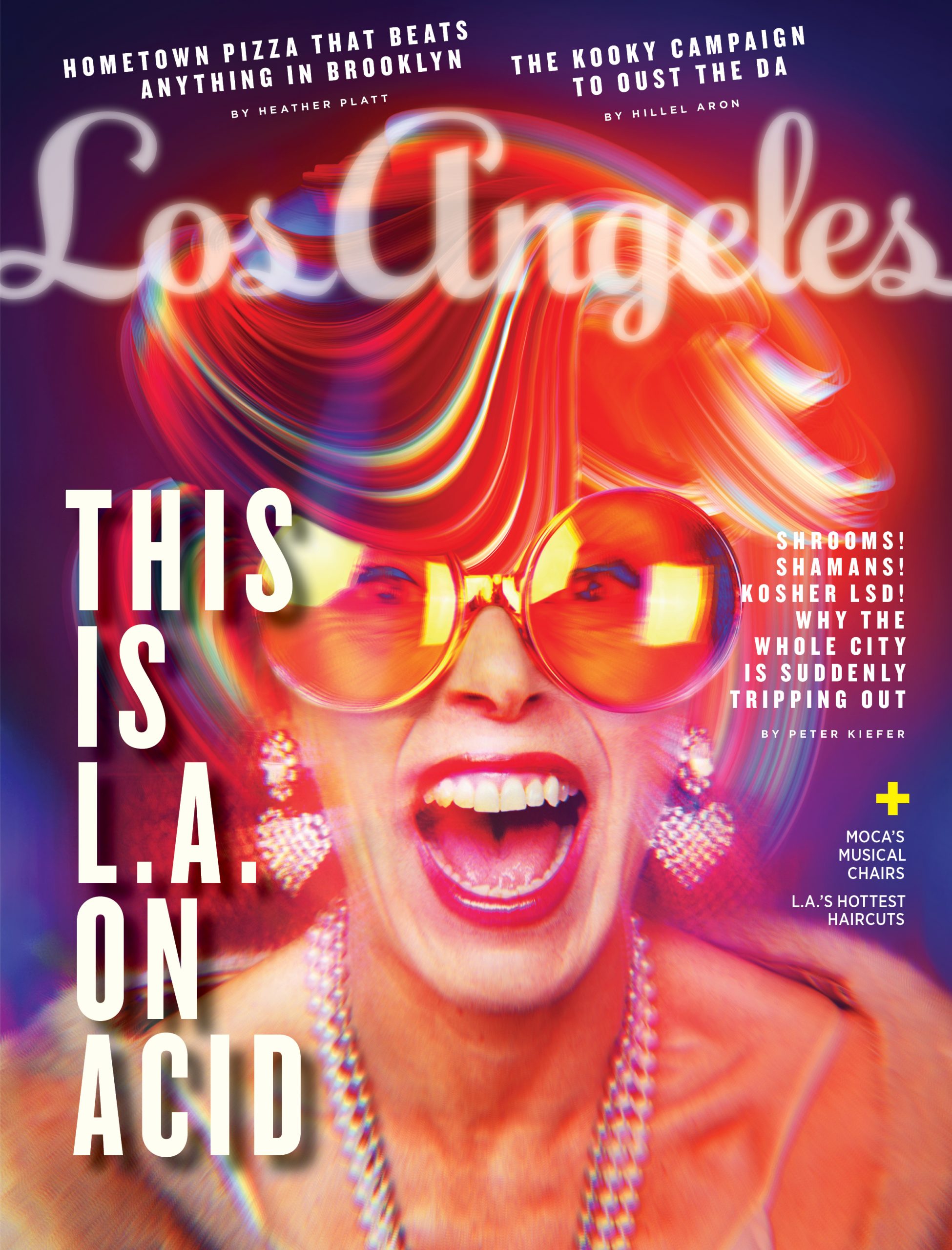