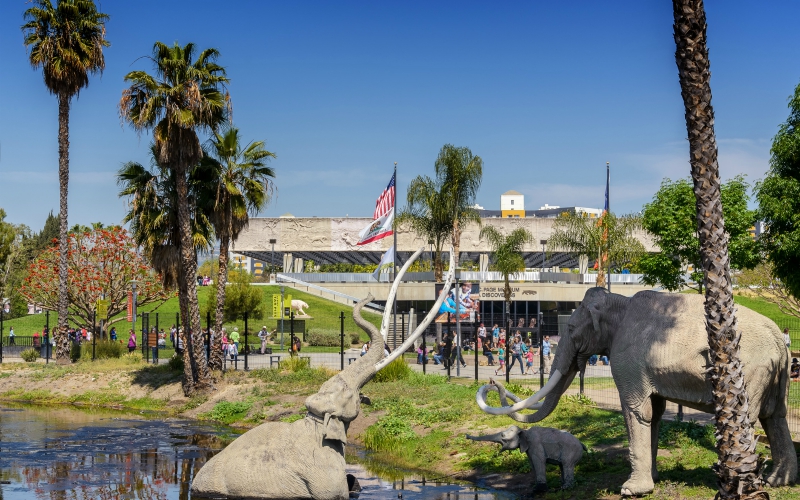 The La Brea Tar Pits, L.A.’s iconic gurgling mammoth trap, will be getting a new look. On Thursday it was announced that a short list of architectural firms has been selected to develop master plans to overhaul the site. It’s part of a wave of major makeovers coming to the Wilshire corridor, including the opening of the Academy Museum of Motion Pictures and a new building at LACMA.

The La Brea Tar Pits as a public attraction occupies a 12-acre site that wraps around to the north and east of LACMA. On the land are the pits themselves, park areas, and the George C. Page Museum. Between the new and updated museum neighbors, and the opening of a Metro station that is expected to change the traffic flow of the neighborhood, the Los Angeles Times reports, it seemed like the right time to examine how the whole place works.

“We haven’t stepped back in a major and cohesive way since the museum was first planned,” Lori Bettison-Varga, president of L.A. County’s Natural History Museum, which oversees the pits, told the Times.

The La Brea Tar Pits we know and love opened to the public in 1977. After 42 years, it’s feeling a little dated, the infrastructure is aging, and parts of the structure even leak in the rain. Three architecture firms will compete to bring it into the present day. In contention to design Tar Pits 2.0 are Dorte Mandrup, Weiss/Manfredi, and Diller Scofidio + Renfro. The final of the three has the highest profile in L.A., having designed the Broad museum downtown.

Once the overall site plan and structures are designed, scientists and museum staff should be in a better position to update exhibits. Right now the pits don’t have a great way to show off the many new discoveries that have come from the fossil deposit, nor have they been updated to express contemporary environmental concerns.

RELATED: Look Out, Broad: MOCA Will Offer Free Admission Too