Home Business Which of L.A.’s Members-Only Clubs Is Right for You? 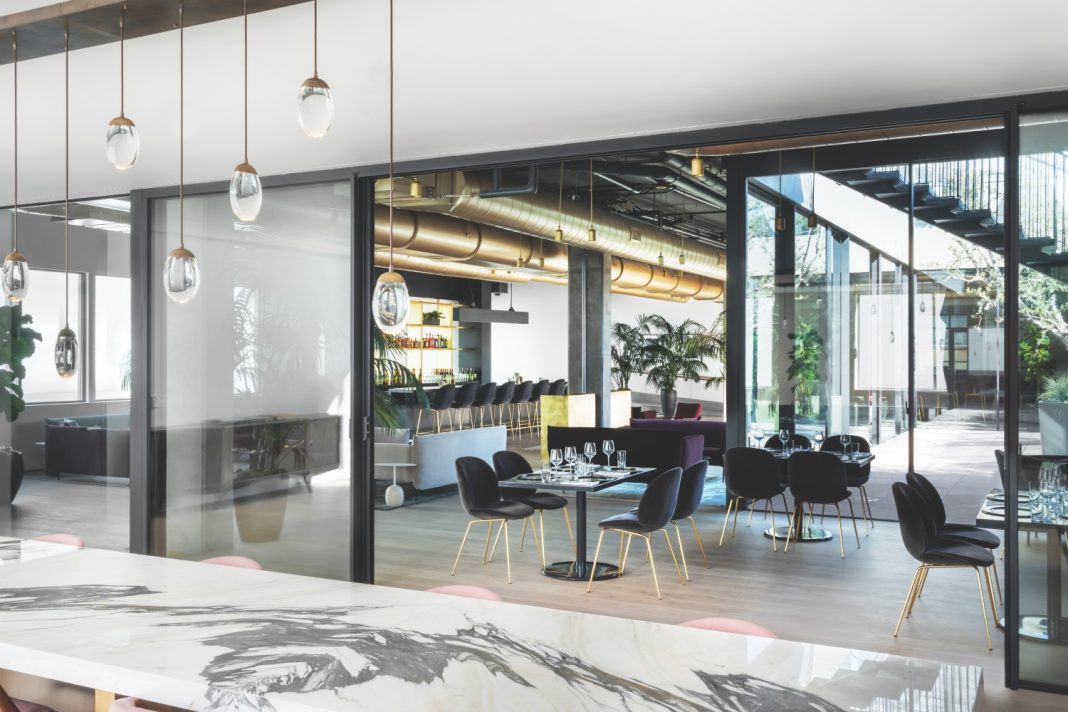 When the West Hollywood outpost of London’s Soho House debuted in 2010, it quickly became the go-to hangout of L.A.’s creative class. Nearly a decade later, entrepreneurs and A-listers are still making deals in the private club’s tufted velvet chairs or checking out the scene at rival NeueHouse, the loungey coworking space that opened in 2016. This season marks the opening of four more clubs targeted at well-heeled professionals. Which one is right for you? Here’s a handy cheat sheet.

For Circling Back On That

The Gist
Located at what was formerly the Redbury Hotel, the L.A. satellite of the London-based h Club was cofounded by the Eurythmics’ David A. Stewart and Microsoft’s Paul Allen.

How to Get In
A “clear, recent headshot” and LinkedIn, Instagram, Facebook, and Twitter links are requested on the web app, which is sent to a membership committee.

Target Demo
Creative professionals more interested in getting down to business than seeing and being seen.

Come for the…
Nouveau-boho charm and décor featuring lots of buttery leather and mix-and-match graphic patterns. “It doesn’t feel like a brand-new club,” member Alix Jaffe says. “It feels like it’s been there forever.”

Stay for the…
One-stop shop in the heart of Hollywood—access to a pool, below-market-price hotel rooms, and an artist lounge featuring live music performances, comedy shows, and panel discussions.

For the Cabin Feverish

The Gist
Grace and Frankie actress June Diane Raphael and television producer Jessica Zaino opened this posh social hub as a home away from home—literally. Located inside a 2,400-square-foot Hancock Park cottage, the Jane Club is primarily intended for mothers who work remotely.

Doors Opened
The original location debuted in April 2018; it just moved to a larger space nearby.

How to Get In
Sign up online for a tour and private meeting with members. A rec from a current Jane gives you a better chance of making the cut.

Target Demo
All gender identities are welcome, but most members are women over 30 who are as familiar with Diaper Genies as they are with think tanks.

Come for the…
Coworking spaces disguised as living spaces and on-site child care (plus laundry service for kids’ dirty clothes).

Stay for the…
Daily meditation circle in the garden.

For the Ladies Who Launch

The Gist
Founded in 2017 in London by 40-something Brits Debbie Wosskow and Anna Jones (previously the CEO of Hearst U.K.), AllBright was initially conceived as a collective for female founders and execs. The first U.S. enclave, on Melrose Place, is a 9,000- square-foot sanctuary out to help women achieve their career and appearance goals.

How to Get In
Fill out a simple form on the site and keep your fingers crossed.

Stay for the…
Networking and entrepreneurial spirit. “Our goal,” says Wosskow, “is to launch a global sisterhood to change the world. We need more female CEOs at the table. And why shouldn’t we look the part in the process? L.A. is completely tribal—we’re going to change that.”

The Gist
Milanese founder and owner Alessandro Cajrati Crivelli opened Spring Place in Tribeca in 2016 as a coworking space for fashion shows (and fashion pros). At the Beverly Hills branch, you’ll find well-dressed aesthetes of all ages on the professional prowl.

How to Get In
Apply on the website and hope that you’ll be chosen by the Spring Place-appointed committee.

Stay for the…
Library, rustic Italian delights by chef Mirko Paderno—and the possibility of running into investor Leonardo DiCaprio.

The Wing Is Finally Open in L.A.—Here’s What You Need to Know