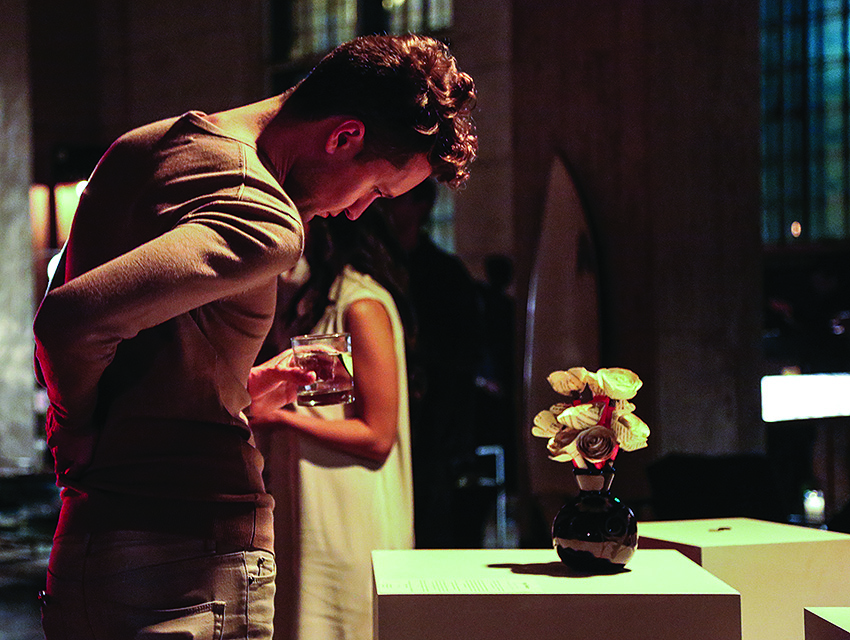 There’s something ironic about a museum dedicated to heartbreak opening in a space once replete with G-strings and lace chemises. Or perhaps it’s a perfect coincidence. Either way, Croatia’s Museum of Broken Relationships is establishing a permanent location in the old Frederick’s of Hollywood building this month (its first in the United States), joining the ranks of other überspecific institutions nearby such as Scientology’s Psychiatry: An Industry of Death Museum and Ripley’s Believe It or Not.

Founded in 2010 by sculptor Dražen Grubiši and film producer Olinka Vištica—themselves former lovers—the Museum of Broken Relationships collects items that symbolize failed romances and ruined friendships, all donated by the scorned and the spurned. (Consider it a less drastic alternative to burning old photo strips and concert tickets.) The museum’s open call for submissions has resulted in more than 500 contributions from Los Angeles and elsewhere, including Argentina, Canada, Germany, and the Philippines. “In the end, we want to make sure the curation is representative of L.A. and the global human experience,” museum director Alexis Hyde says. “We want a spectrum of relationships, which can be romantic, or with your family, or with a job.” About 100 objects (a stack of Brazilian Playboy magazines, a wedding dress crammed into a pickle jar, a drawer packed with old mixtapes) are on view, along with narratives detailing their provenance (see sidebar).

Like PostSecret—the blog that features postcards scrawled with strangers’ most private thoughts—the Museum of Broken Relationships feeds the voyeuristic beast in all of us, often kept at bay by social media. But assistant director Amanda Vandenberg says -MoBRLA is about more than morbid curiosity. “It reminds you that even the worst thing you’ve gone through isn’t specific to you,” she says. “When we visited the original location, couples would come in. As they read more stories, they would hug each other a little closer, and by the end, they would be all over each other. It’s a paralyzing realization that our hardships are universal.”

Paper Flowers: The blooms pictured above are a relic of a three-month affair between two Angelenos, on of whom was “catfished.” The deceived party’s story is mounted alongside the vase. “I decided to show up at the museum where you worked…flowers in hand,” it reads. ‘They had never heard of you. No one recognized your photo. I called you. ‘I’m just leaving work,’ you said. ‘Where?’ I asked. ‘Because I’m here.’ You hung up the phone.”