Home Art L.A.’s Forgotten Laser Emporium Will Take You Back to the ’70s 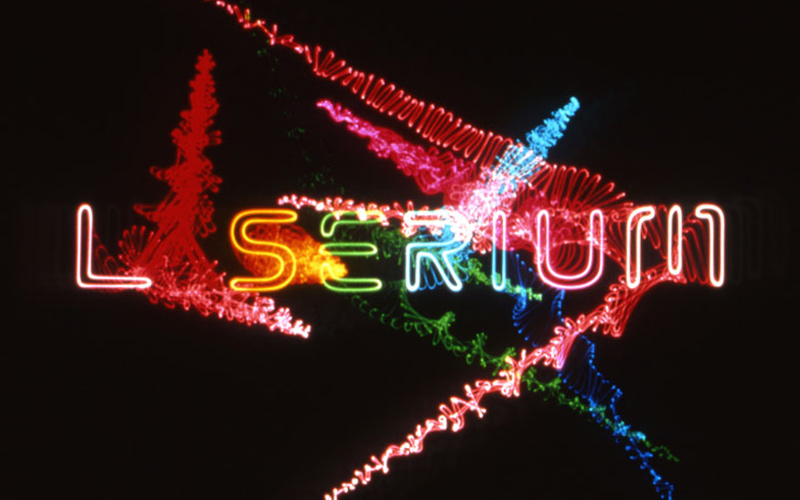 Deep in the heart of the Valley, in a nondescript building off a nondescript street in Van Nuys, through a sketchy side door, past a makeshift lobby, there’s a black curtain. Part that curtain, step into the darkness beyond, and enter the holy of holies of retro futurism. It is there, in that sacred space, that the glory of the ’70s is manifest in its purest form: laser art.

If you’ve lived in L.A. long enough to remember the premiere of Star Wars, you almost certainly remember the original Laserium. The show, which choreographed undulating laser images to music, first opened at the Griffith Observatory on November 19, 1973. It was the pet project of experimental filmmaker Ivan Dryer, who joined Caltech physicist Dr. Elsa Garmire to bring laser art to the masses.

After landing a running gig at the Griffith, Laserium took off. Dryer and his team began pioneering new programs, from the Dark Side of the Moon show (a stoner right of passage) to the weirdly surreal Crystal Odyssey. Before long, their work had appeared in two Star Trek films, got a shoutout in an Amazing Spider-Man comic, and toured with Alice Cooper. They installed Laserium shows at planetariums in New York, Denver, and numerous other U.S. cities, and then in London and Tokyo. Leonard Nimoy narrated the company’s first TV commercial.

Laser light had become the artistic medium of visionaries, and in 1978 Arts magazine proclaimed, “Within Laserium lie seeds of what will someday become the high, universally acclaimed visual art of the future.” And oh man was that future bright. Dryer fantasized about building his own pyradome—a geodesic dome within a pyramid—that would house a permanent Laserium installation and other technological wonders. He envisioned a future where audiences could float through laser-generated holograms inside spherical zero-gravity theaters in space. It was going to be rad.

When the Griffith Observatory completed a remodel in 2002, though, they cut Laserium from their lineup, as other planetariums across the nation had done in the ’80s and ’90s. The company limped along, doing effects at concerts, pulling off a Coachella show, and staging a poorly received revival that basically signaled the death of Laserium. Dryer’s lofty vision of pyradomes and 3D lasers withered, living on only in the pages of the Laserium-inspired libertarian sci-fi novel Rainbow Cadenza. But, like a phoenix reborn from its ashes or Justin Bieber coming back with “Where Are Ü Now” after getting a DUI and peeing into a mop bucket on video, Laserium has been revived.

Jon Robertson, creative director of Day Star Lasers International and self-described “google-eyed fan” of Laserium, took over the company in 2009 when Dryer retired. Last year he reopened a scaled down version of the show in a back room of the original Laserium studio (though after September 4 the company will relocate one block the street). It’s nothing like the glory days when laserists had a domed planetarium starfield as their backdrop, but the DIY setup lends the show a satisfying element of grunge.

“The studio is like our old beat up denim jacket, but that’s all we really market it as,” Robertson says. “That’s as positive as we can be about it.” In a room the size of a single-car garage, the sweetish smell of a fog machine hangs in the air and choppy laser images animate onscreen as a laserist improvises visual effects. Flat planes of light slice clouds of vaporized glycol to the beat of Beatles and Led Zeppelin classics, and the small audience that miraculously gathers every weekend applauds. Laserium doesn’t feel like the art of the future anymore. It feels like the art of a bygone era. All the more reason to make the trek to Van Nuys, roll a doobie, and let the essence of the ’70s wash over you in a blitz of photons.

For tickets to the next two weekends of shows before Laserium relocates, email [email protected] or call (818) 358-8716 for tickets. You can find the schedule here.