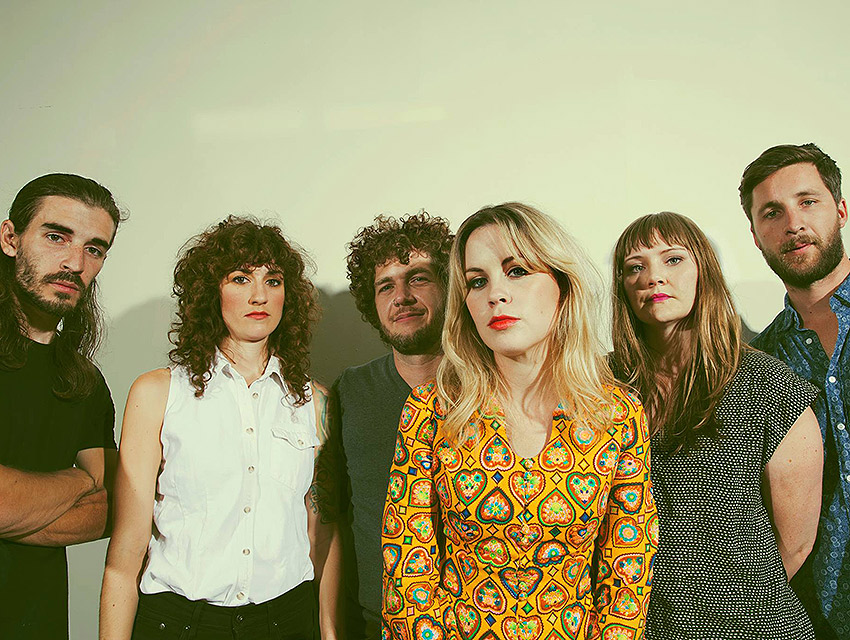 The shortest month of the year may end up with one of the longest lists of residency acts: Ten different bands will set up shop at one of Los Angeles’ music venues over the course of February. Here’s the run-down of who to see where over the next 28 days.

Avid Dancer at the Echo (February 2, 9, 16 and 23)
The residency kicks off what will be a busy 2015 for lead singer Jacob Dillan Summers and his quartet; Avid dancer’s debut album, 1st Bath, has an April release date. The band took part in Red Bull’s “30 Days in L.A.” series last November, opening for Warpaint, and toured with Cold War Kids last fall as well.
Think: If the Kinks had moved into psychedelic rock.
Listen: via Soundcloud (http://soundcloud.com/avid-dancer)
Cover: Free

Scavenger Hunt at the Bootleg HiFi (February 2, 9, 16 and 23)
The band toured as support for Capital Cities through California last fall, along with a set at the Made in America festival. 2014 also saw the group release its debut EP and sign with RocNation for management along with television placements for some of its songs.
Think: Synth-pop shots of pure serotonin, fronted by uncommonly-strong vocals.
Listen: via Soundcloud (https://soundcloud.com/scavengerhunt)
Cover: Free

P. Morris Makes – A Live Experiment at the Bootleg HiFi (February 1, 15 and 22)
The producer and DJ recently released a collaboration with Canadian pianist and rapper Chilly Gonzales on French electronic label Sound Pellegrino. The “experiment” side of his residency at the Bootleg is being kept under wraps, but it should be interesting – this is the guy who released his last EP as a Chatroulette-esque experience on his website.
Think: The beat-heavy post-club come down (and with a sense of humor).
Listen: via Soundcloud (https://soundcloud.com/phillybaby)
Cover: Free

Banta at the Satellite (February 2, 9, 16 and 23)
The six-member folk-poppers return to the residency world, having played four straight Mondays at the Silverlake Lounge last April. The band was a popular pick on end-of-2014 prediction lists for breakout bands of the new year, including a shout-out in Time Out Los Angeles.
Think: The post-“Lovefool” Cardigans.
Listen: via Soundcloud (https://soundcloud.com/bantamusic/)
Cover: Free

Boots Electric at the Viper Room (February 12, 19 and 26)
The solo project of Jesse Hughes from Eagles of Death Metal, Boots Electric kicked off its residency at the Viper in late January. The dates on Sunset Boulevard are in advance of a new EoDM album and a tour.
Think: The unleashed id of Hughes’ “other” band, replete with synths and handclaps.
Listen: via Soundcloud (https://soundcloud.com/bootselectric)
Cover: $12

Dugas at the Hotel Café (February 16, 23, March 2 and 9)
The duo spent the beginning of the year split between its hometown of Winnipeg and Nashville, writing and recording new demos. Expect new songs and perhaps interpretations of tunes from their previous band, The Duhks, over the course of the four weeks.
Think: The perfect opening act for Grace Potter and the Nocturnals.
Listen: via Soundcloud (https://soundcloud.com/dugas-1/)
Cover: $10

MacKenzie Bourg at the Hotel Café (February 10, 17 and 24)
The ex-“The Voice” competitor released the first single from his forthcoming debut E.P., “Heartbeat,” last November. Most of his recorded output thus far, befitting of a singing reality show contestant, are covers; his YouTube channel includes versions of “Best Song Ever” and “I Love It.”
Think: The sensitive guy in college playing guitar by the campfire.
Listen: via Soundcloud (https://soundcloud.com/mackenziebourg)
Cover: $10

Alexz Johnson at the Hotel Café (February 12, 19, 26, March 5 and 12)
The Canadian actress and singer/songwriter released “Let Them Eat Cake,” an album recorded with the help of crowdfunding, in October. She is still best known as the central character of Instant Star, a Canadian teen dramedy featuring Johnson as the winner of a music competition.
Think: A singer/songwriter with a library of Stevie Nicks and Tom Petty records at home.
Listen: via Soundcloud (https://soundcloud.com/itsalexzjohnson)
Cover: $10

The Silent War at the Hotel Café (February 12, 19 and 26)
Folk-rock veteran Garrison Starr and Rescues member AG form the duo, which released its first single in late 2013. At the end of 2014 they toured the Midwest, and started this year with a gig at the Sierra Nevada Brewing Company.
Think: Trailer music for a modern-day Julia Roberts movie about self-discovery and romance.
Listen: via Soundcloud (https://soundcloud.com/thesilentwar)
Cover: $10