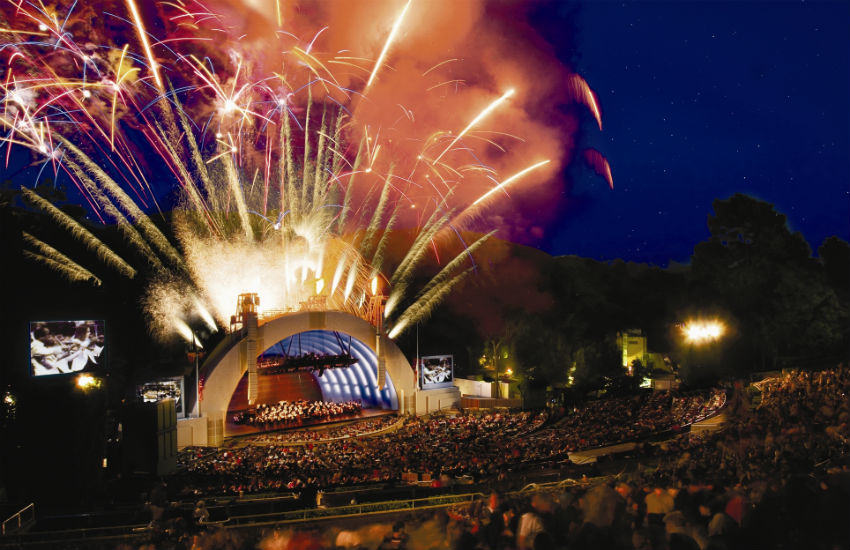 This morning the L.A. Phil announced the summer concert schedule at the Hollywood Bowl and you better start saving up for those tickets now because it’s going to be a memorable musical summer. Top billed is the Gustavo Dudamel conducted L.A. Phil performance of Carl Orff’s beloved cantata Carmina Burana on July 21 and July 23. Dudamel will also conduct the orchestra for performances of Mendelsohn’s A Midsummer Night as well as a potpourri of Mozart compositions.

The popular live movie scores are returning to the Hollywood Bowl. Brad Lubman conducts A Live Presentation of 2001: A Space Odyssey on August 18 and Nicholas McGegan leads the orchestra in a performance of the score from The French Connection on August 25. But the real gold here is the September 4-6 live scoring of E.T. and the June 30 celebration of the 30th anniversary of Back to the Future (we’re banking on hoverboard stage antics).

In addition to classical concerts, the Bowl will also host a number of jazz, rock, and world music events over the course of the summer and early fall. KCRW’s World Festival, which kicks off in June, features among others electronica vanguard Underworld, dance masters Basement Jaxx, Australian buzz band Empire of the Sun, Ziggy and Stephen Marley, and pop siren Grace Jones.

Other concerts and events include performances by Death Cab for Cutie and Ed Sheeran, Playboy’s Jazz Festival, the musical Monty Python’s SPAMALOT, and much more. Check out the full schedule here.