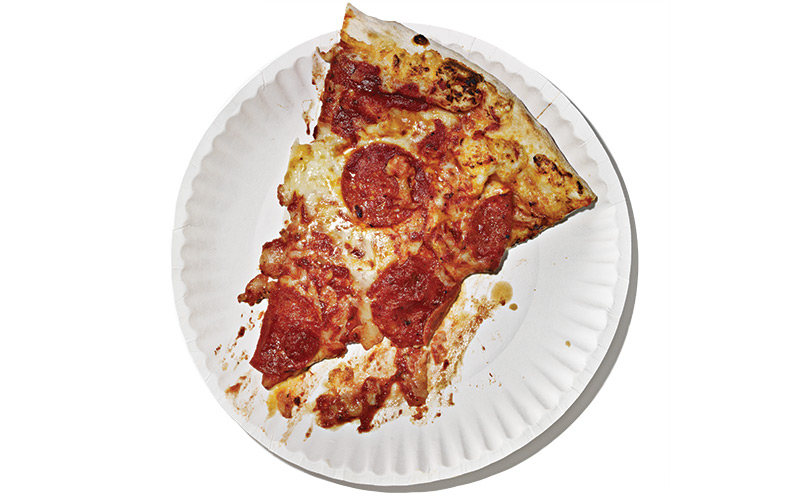 A weekend is only as good as the meal that kicks it off. Give your disgusting protein powder-caked Blender Bottle a break and go to West Pico’s Origin Café, which is serving totally bonkers, totally Kosher buttermilk banana pancakes that will haunt your dreams in the most pleasant way possible. The restaurant is newish, which means you won’t have to stand in line, which means go now before too many people find out about it.

Big news: This weekend only, bread isn’t a carb. So eat as many pastries, sandwiches, toast et al as humanly possible from this Bay-Area baked-good behemoth, which is slinging its doughy goodness in L.A. for only two days. Find them at Esters Wine Shop in Santa Monica on Saturday from 9 a.m. to 1 p.m.; On Sunday, they’ll be at Baroo in Hollywood from 10 a.m. to 3 p.m.

Lest we isolate the vast population of Angelenos who survive solely on coffee, let it be known that the only kind you need to seek out this weekend is the iced Turkish variety from Kismet. Made from a concentrate crafted by Brooklyn transplants Parlor Coffee, Kismet adds cardamom to the brew and pours it over ice. Drink it black if you want to drink it right. Also, drink it with their food, because while you may survive solely on coffee, you’d be remiss not to order the flaky bread, the Persian cucumbers, and for the love of all that is good, don’t overlook the granola.

Did the fine folks at Project Poke take a cut sushi roll, connect its two ends, and then call it a sushi donut? Basically. Does that make the idea of sushi donuts any less appealing? Absolutely not. Hop in the car and head to the OC to give these a try. And while you’re there…

…bookend those savory donuts with a few colorful, precious dessert offerings. If you really want to go HAM on the sweets—not like the iridescent deli meat, like the Jay-Z song—try a mini Rainbow Brite cake from B. Candy or unicorn cookies from The Cake Mamas.

Most pizza is delicious, but West Adams’ Delicious Pizza wants you to know that theirs is primo, so they said as much in their name. The parlor is celebrating its second anniversary on Saturday from 12 p.m. to 5 p.m., a party you’ll benefit from by only paying $2 per slice. Walk it off while you peruse an outdoor market and record vendors.

Any of These 13 Life-Changing Cakes

I once went on an unauthorized cupcake tour of Los Angeles and it changed my life because I now know that SusieCakes makes the preeminent cupcakes in the city and so I will never patronize another cupcakery again. This weekend, I charge you to do as I did, only with 13 of L.A.’s best cakes. Get in on slices from Sweet Lady Jane to Proof Bakery to, obviously, SusieCakes, because as Cake Monkey Bakery’s neon sign points out, “Life’s Short, Eat Cake.”