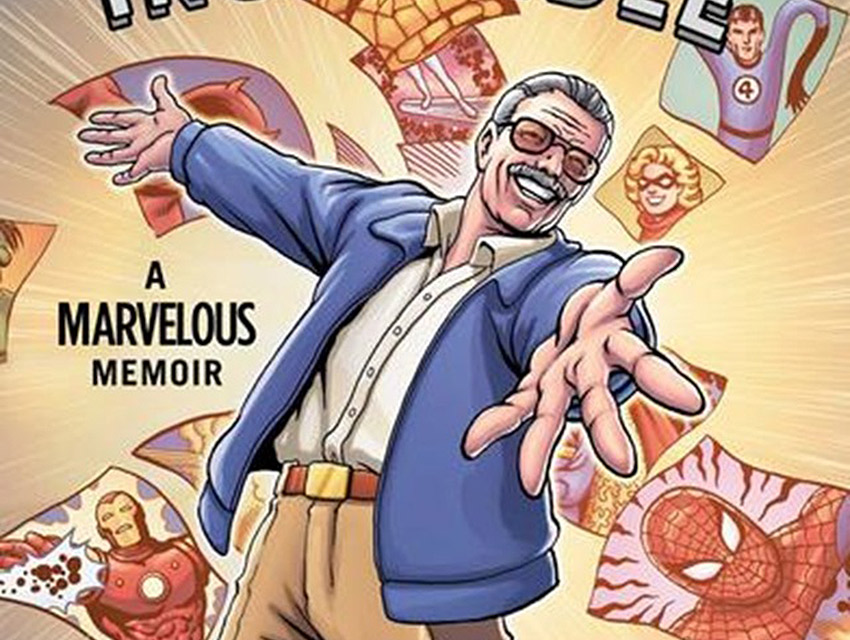 Mark Z. Danielewski at Vroman’s
November 6
The author of the terrifying haunted house story House of Leaves will be in town signing his latest book, The Familiar, Volume 2: Into the Forest. The second book in a planned series of 27, it follows the author’s familiar form of using changing fonts and colors. It also includes illustrations and unconventional text layouts (readers of House of Leaves had to read certain passages upside down or in a mirror) to tell a story that will leave readers feeling like they have just discovered a truly modern writer.
Cover: Free

Stan Lee at Barnes and Noble
November 7
The prolific comic book writer and creator of the Marvel universe has penned a work of non-fiction titled Amazing Fantastic Incredible: A Marvelous Memoir. Surely the guy has some great stories—after all, he co-created Spider-Man, The Hulk, the X-Men, and so many other characters. He’ll be at the Grove signing copies of his new book.
Cost: Free

John Irving and David Ulin at the Ann and Jerry Moss Theatre
November 8
John Irving has had an illustrious career, with several of his novels—The World According to Garp, The Cider House Rules—turned into major(ly successful) motion pictures. Irving will be in conversation with Los Angeles Times book critic David Ulin discussing Avenue of Mysteries, his latest novel about a middle-aged man who reminisces about growing up with a clairvoyant sister. Each ticket to this event includes a copy of Irving’s book.
Cover: $38

The New Short Fiction Series at The Federal Bar
November 8
We are on board with any literary event that combines booze and books, and the Short Fiction Series never disappoints. On Sunday, the stories from The Christmas Bitch and other stories written by TV writer Jacqueline McKinley (The Bernie Mac Show, First Family) will be performed live.
Cover: $12-$15

Rare Book Viewing at Sotheby’s L.A.
November 12
Robert Pirie amassed a prolific book collection over the course of his life, including a first collected edition of William Shakespeare’s poems from 1640 and one of only two surviving presentation copies of Pseudo-Martyr, John Donne’s first published work (complete with an autographed letter presenting the copy to Lord Chancellor Ellesmere). The collection is estimated to bring in over $15 million when it is auctioned at Sotheby’s New York in December, but the viewing in L.A. is free.
Cover: Free

An Evening with Mitch Albom at the Ann and Jerry Moss Theatre
November 17
The author of Tuesdays with Morrie will be in town discussing his latest book, The Magic Strings of Frankie Presto. The novel follows Frankie, the greatest guitar hero to ever live, and the six lives he touches through his music.
Cover: $36