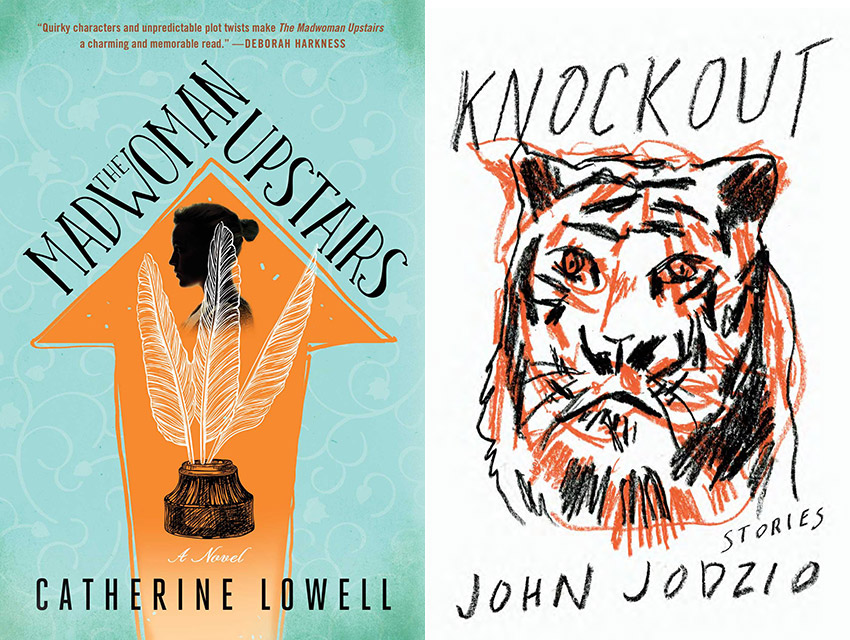 Dani Shapiro at Otis College
March 2
Shapiro, a writer and longtime teacher of the craft, has written three memoirs and five novels. Her most recent book, Still Writing: The Perils and Pleasures of a Creative Life, garnered praise from Susan Orlean and Jennifer Egan for the wisdom, insight, and practicality it provides. Several of her peers will also be reading at Otis College in March, including Edan Lepucki (March 9) and poet Jericho Brown (March 16).
Cover: Free

Catherine Lowell at Chevalier’s Books
March 23
Lowell’s debut novel, The Madwoman Upstairs, just landed a spot on the March 2016 Indie Next List. The story follows Samantha Whipple, the last remaining descendent of the famous Brontë family, as she embarks on a modern-day literary treasure hunt in Oxford, England to find the family’s secret estate. She’s guided only by literary clues her late father left behind. Lowell will be in store signing and discussing her book.
Cover: Free

John Jodzio at Book Soup
March 30
Jodzio has solidified his standing in the literary community with his latest collection of short stories, Knockout: Stories. His blend of humor and creativity has garnered comparisons to George Saunders and Wells Tower. Crack it open for stories about a recovering drug addict getting tricked into stealing a tiger; a man buying a used sex chair from his neighbor; a woman who suffers from agoraphobia and the challenges of raising her son indoors; and an alcoholic running a bed and breakfast with the son from his deceased wife’s first marriage. He will be in-store reading selections from the compilation.
Cover: Free