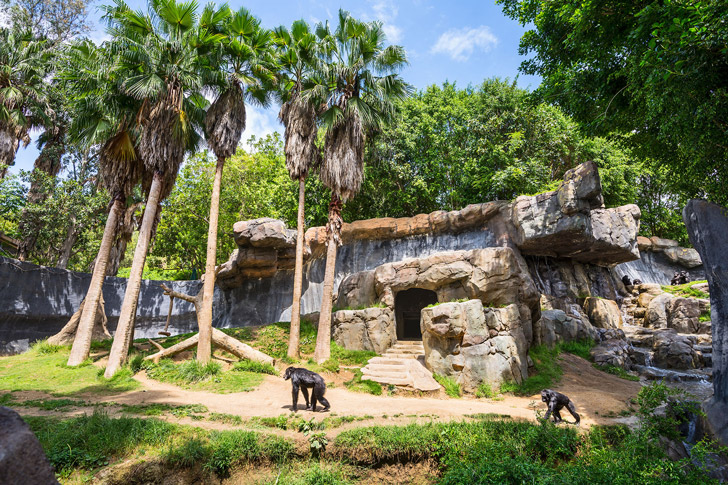 Officials at the Los Angeles Zoo have hatched a plan to overhaul the modest menagerie to make it more competitive with flashier tourist attractions like Universal Studios, Disneyland and even the morally questionable SeaWorld by 2040. But environmentalists are rejecting the $650 million scheme because it would require removing almost all the remaining native woodlands from the area, and has them questioning why L.A. could possibly need another amusement park in the first place.

The zoo’s “20-Year Vision Plan” includes a 60-foot canyon where guests can climb rocks, the Los Angeles Times reports, as well as a Yosemite lodge-style “California Center” where zoo-goers can gaze upon a 25,000-square-foot vineyard. Supporters believe such attractions will draw 3 million visitors a year within the next two decades—a boost of roughly 72 percent, according to an environmental impact report.

Zoo director and chief executive Denise Verret tells the Times that the plan is aimed at “placing the L.A. Zoo at the top of the best-zoos-in-the-nation lists,” adding, “We are not going to build in a vacuum with no regard for the undeveloped acreage in our zoo.”

Which is precisely what conservationists are afraid of. The proposal is expected to go before the City Council’s Arts, Parks, Health, Education, and Neighborhoods Committee within weeks and critics are pushing for a smaller makeover that will spare the woodlands, which biologists say are home to hawks and owls, as well as the Southern California legless lizard.

“The zoo’s plan refers to its native woodlands as ‘underutilized and underdeveloped areas,’” Friends of Griffith Park president Gerry Hans tells the paper. “We vehemently disagree with this assertion from the perspective of conservation and biodiversity.”

Aside from the plan setting aside only 35 percent of the undeveloped area for animal care, Hans believes it doesn’t make financial sense, either. Owned and operated by the City of Los Angeles, the zoo needed $11.6 million from L.A.’s general fund to meet its $25 million 2021-2022 budget.

Some expert zoo aficionados, however, say there’s nothing unusual about proposal.

University of Wisconsin Milwaukee historian Nigel Rothfels says the plan is “absolutely in step with the history of zoos, which have always been for people, and not animals. They exist because people enjoy going to them.”

Another potential stumbling block for the vision-backers is their ambition to make the zoo a must-see tourist destination to coincide with the 2028 Olympics in LA, since tourists currently account for just 11 percent of its yearly visitors.