Home Best of LA L.A.’s 10 Best Things to Do This Weekend 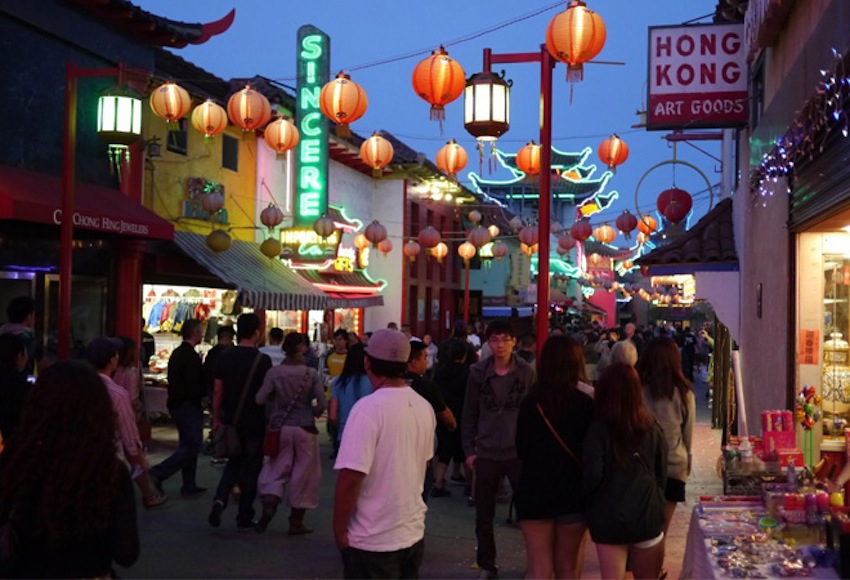 We see a Super Moon rising, but there’s also a free fest in Chinatown, a bicycle-based scavenger hunt, a made-in-America shopping event, and more.

MOVIES: Next Fest
Sample the Sundance Film Festival at a series of movie premieres, musical performances, and conversations with big thinkers from the creative world. More information (August 7-10; various locations)

SHOP: Unique L.A. Summer Market
Buy as much as you can carry from more than 350 sellers at the country’s largest made-in-America shopping event. When the shopping gets tough, take a photo booth break or decompress with some arts and crafts. Your $10 entry ticket also gets you free snacks and drinks. More information (August 9-10; The Penthouse at California Market Center)

MUSIC: Spoon
It’s been four years since the Austin indie rockers dropped Transference, their great seventh album. Led by the whiskey-voiced Britt Daniel, the outfit is on tour and playing cuts from their new release, They Want My Soul. More information (August 8; Hollywood Forever Cemetery)

CELEBRATE: Chinatown Summer Nights
With Chinese New Year parties a distant memory, this gathering unleashes another blowout of music and food in the shadow of downtown. Dance to jams spun by KCRW DJs Raul Campos and Anthony Valadez, nosh on Asian snacks, and peruse the artisanal wares of the craft and vintage market Downtown Flea. More information (August 9; Chinatown)

MOVIES: The Dog + Dog Day Afternoon
The guy whose botched bank holdup was the basis for the Al Pacino drama Dog Day Afternoon is the subject of a documentary. Head to the theater on opening night for a double feature of the doc and its fictional counterpart. More information (August 8-14; Cinefamily)

MUSIC: KCON
Expect two days of panel discussions, food, freebies, and more at the largest annual fan celebration of Korean entertainment in the United States. Popular K-pop stars G-Dragon, Girls Generation, and IU are among the many artists who will perform at the shindig. More information (August 9-10, Los Angeles Memorial Sports Arena)

MUSIC: Haim
After conquering the music festival circuit, the Haim sisters are heading home. Watch them perform their breakout hits “Forever” and “The Wire” when they pass through town. More information (August 8; The Wiltern)

EXPERIENCE:  FameFest BikeFest & Scavenger Hunt
Join the treasure hunt and art show that participants are encouraged to bike to. You start by picking up your passport at the Fame Fest Art Yard on Melrose and get it stamped by visiting participating retailers in the district—and you can win prizes and receive discounts and freebies along the way. More information (August 10; Melrose Avenue)

MUSIC: Paul McCartney
While we all love Ringo, Macca is the most famous surviving Beatle. Still able to command a stage, the septuagenarian stops in Elysian Park for the first time since the Fab Four played here in 1966. More information (August 10; Dodger Stadium)