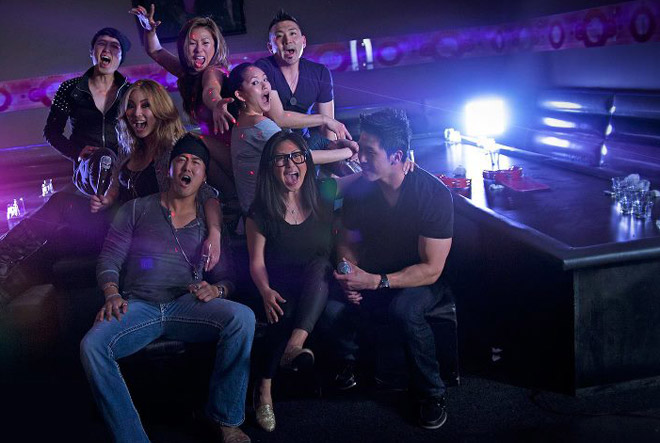 The first season of web series K-Town took viewers on a romp through one of Los Angeles’ most underrated social scenes: the nightlife and restaurant enclave known as Koreatown. Today, the show’s second season premieres with even raunchier stereotype-dispelling episodes revealing the wilder side of 20-something Korean Angelenos who love Makkoli and Korean BBQ more than Ivy League acceptances and martial arts.

The reality show, which follows seven people – from the self-proclaimed “King of K-Town” to a former exotic dancer and unabashed sexual libertine  – debuted to mixed reactions. Readers of L.A.-based KoreAm magazine bemoaned the show’s portrayal of Asians, complaining of its “seemingly deliberate plan to expose Koreans as vapid, obnoxious, and fucked up.” Fans, however, embraced the show as an antidote to the typical “goody two shoes” portrayal of Asian-Americans in the media. In its subtly accented, second-generation-immigrant tone, the show proclaims: We do more than study, smoke pot, and play an occasionally good game of hoops.

With the real estate boom and its status as a culinary hub, Koreatown is reaching well beyond its physical boundaries. Thriving and densely packed, the show’s namesake neighborhood is gradually transforming into a playground for a generation of Angelenos who think nothing of crossing cultures, neighborhoods, and identities in the pursuit of fun. Given the success of another Korean phenomenon (Psy’s “Gangnam Style” video hit #1 on YouTube this weekend), it wouldn’t be a surprise if K-Town’s third season found its way to broadcast TV, as was originally intended. We won’t complain about any excuse to go into town and find some authentic donkkaseu.