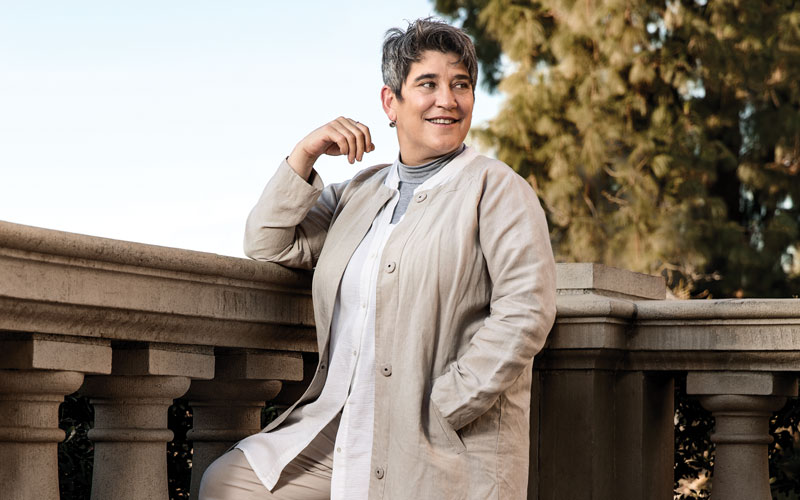 Kristy Edmunds is sort of like the Mr. Miyagi of the performing arts world—not so much in the karate-master-moonlighting-as-a-maintenance-man kind of way but in the all-knowing-sensei kind of way. The 51-year-old director of the Center for the Art of Performance at UCLA, who took over in 2011 after top-dog stints at New York’s Park Avenue Armory and the Melbourne International Arts Festival, is at once formidable and approachable; she’s deeply in tune with a citywide cultural aura most of us can’t see, yet she invites us into her world through the Miyagi-esque idea of balance (in this case, diverse programming). This season alone features acts including Egyptian politico and comedian Bassem Youssef (January 18) and the first local staging since the 1950s of Kurt Weill’s Lost in the Stars (January 28-29). “Audiences become literate about the things they have repeated exposure and access to,” she says. “The liberty and irrationality that lives in L.A. is fantastic for a creative ecology.”

Edmunds, a Washington-born visual artist, choreographer, and curator, stepped in at CAP UCLA after David Sefton’s abrupt 2010 departure (budget cuts forced the cancellation of his annual International Theatre Festival; he resigned, citing the artistic equivalent of irreconcilable differences). After a gap year of risk-averse programming, the university set out to regain the gravitas it had lost both in acclaim and vision. And so it turned to Edmunds. “I knew if we were going to restore a sense of mission and purpose, I needed to include all of the performing arts,” she says. “Contemporary dance and theater, hybrid forms that defy categorization.” In her five years as director, the program has evolved in nearly all respects, starting with its name (it was formerly UCLA Live) and including the return of international productions. As for future seasons, Edmunds plans to stage shows at other venues around town. “The challenge is traffic, dammit!” she says. “If the people can’t get to the art, I need to get the art to the people.”