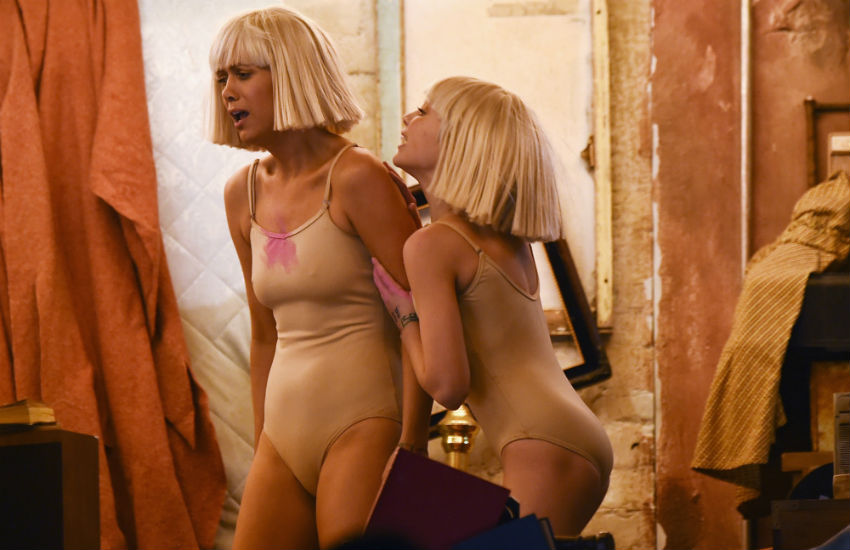 Last night’s Grammys offered some pretty memorable moments in between the 83 award hand outs and twenty some performances by Ariana Grande, Madonna, Ed Sheeran, Beck, Chris Martin, Katy Perry, and Hozier among others. Sam Smith was (as predicted) the big winner of the evening taking home four statues, and Beck (finally) got Album of The Year for his brilliant Morning Phase beating out both Smith and favorite Beyoncé much to Kanye West’s chagrin. In addition to performing a touching rendition of “FourFiveSeconds” with new song-writing buddies Rihanna and Paul McCartney, the rapper also pulled a Yeezus signature move and made for the stage when Beck was accepting his award. As soon as the audience noticed, West got off the stage without going for the mic or the trophy making the whole thing look like a prank referencing his original stunt six years ago when Taylor Swift won.

The undisputed highlight of the evening was Sia’s performance of “Chandelier.” A few weeks ago, the singer, who was herself nominated in four categories, played SNL. The performance featured two dancers (one of whom, 12-year-old Maddie Ziegler, got her breakthrough on Lifetime’s Dance Moms) doing a choreographed interpretation of the song. Well, last night the shy singer, who sported a platinum blonde wig covering most of her face, reprised her performance with the help of Ziegler and non other than SNL alum Kristen Wiig. Wiig does physical comedy well but we had no idea that she’s also an expert at expressive dancing.

Slate posted a video of the performance this morning. Check it out here.