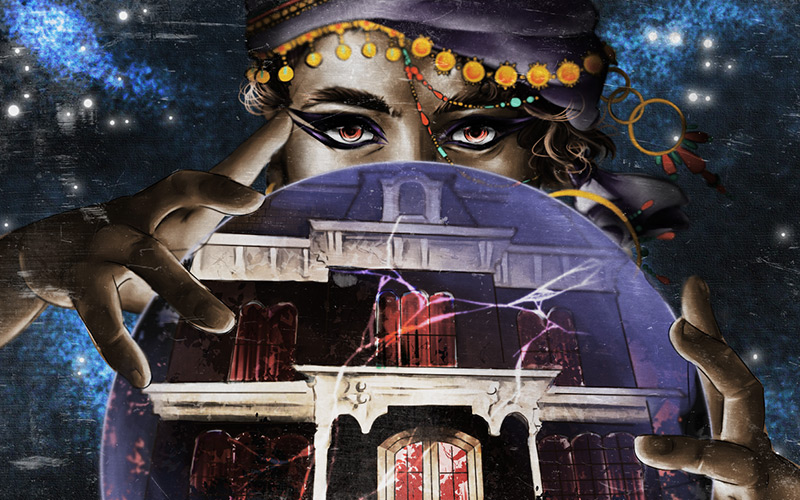 If the enduring cultural relevance of Clue and the oeuvre of Agatha Christie have taught us anything, it’s that a good murder mystery has the power to slaaaaaaay. Ali Garfinkel and Alex Aldea are banking on the power of a killer conceit with Deadly Manners, a new fictional podcast from L.A.’s Paragon Collective and AMC’s Sundance NOW.

The premise is thus: It’s 1954, and group of posh partygoers have assembled at the Billings mansion for a dinner party. Before the butler can even serve the first course, one of the guests is mysteriously murdered—and the partygoers are slowly picked off from there. Plots thicken and then unfold in the style of an old school radio drama (think War of the Worlds, but less apocalyptic. And with nowhere near as many aliens.) “It’s loosely based on the movie Clue,” L.A.-based creator and writer Garfinkel says (who, full disclosure, went to graduate school with me). “I wanted it to have a fun tone—like those scenes from the movie where Tim Curry and the guests are running from room to room. But I’m also a big fan of dark comedy. We’re poking fun at the genre but taking it seriously enough to scare people a little bit.”

Garfinkel and Co. managed to land a bonkers cast for the ten-episode series, including Kristen Bell (The Good Place), Anna Chlumsky (Veep), RuPaul (RuPaul’s Drag Race), Jason Sklar (Better Call Saul), and others. LeVar Burton (Reading Rainbow) narrates the whole shebang in his trademark dulcet tones. “Watching them work was incredible,” Garfinkel says. “You almost can’t even believe these people are that talented.”

Catch the first episode of Deadly Manners when it premieres on October 3, then tune in every Tuesday for the next chapter. In the meantime, whet your appetite with a trailer for the series and the show’s impressive art, made by local illustrator Kristina Lee.