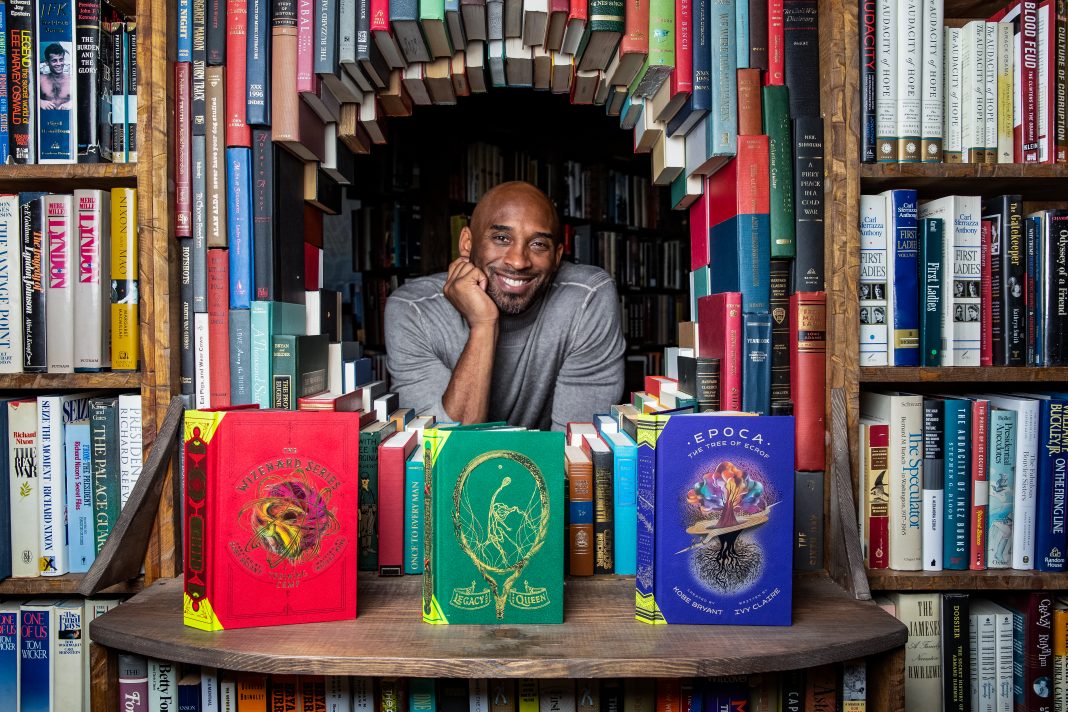 During his life, Kobe Bryant created a sports-fantasy book series for young adults in collaboration with author and athlete Ivy Claire. On Friday, Vanessa Bryant and publisher Granity Studios announced there will be one more book in the best-selling series. Epoca: The River of Sand, set to release on December 15, will be the final chapter in the story of magical sports academy Ecrof.

In Epoca: The River of Sand, readers reunite with Pretia, the princess of Epoca, as she prepares for the Junior Epic Games. But, she discovers, there is civil unrest in the place where the Junior Epic Games will be played, with poor children being blamed for inciting trouble. She is challenged to decide what matters most to her as an athlete and a person of power and privilege within the society.

“The Epoca books take readers on a journey of discovery that allows them to understand the power and positive force that can be found in times of adversity,” a statement from the publisher notes. “At a time when the power of protest has proven as critical as ever, Bryant’s popular fantasy novel takes readers through the complexities of belonging, relationships and identity, while empowering youth to follow their dreams and hearts to discover and serve a larger purpose.”

In an interview on Vanessa Bryant’s Instagram, Claire described the experience of working on the series as “one of the most remarkable and surprising things that ever happened to me.”

Claire recalls being caught off guard by Bryant reaching out to her. “I got an email one evening from a woman who said ‘Kobe Bryant wants to call you tomorrow about a book. Can I have your phone number?'”

She would learn that Bryant had done his research on her, seeking out a collaborator for the project who was both a former professional athlete and a published author–but who could also bring a specific bit of expertise he felt the project demanded. He wanted someone with a degree in classical studies, specifically an expertise in the literature of ancient Greece.

“I guess there was only one person in the whole world and I got lucky,” she laughed. “All these weird things I’ve done in my life and the only person who’s interested in their unity is Kobe Bryant.”