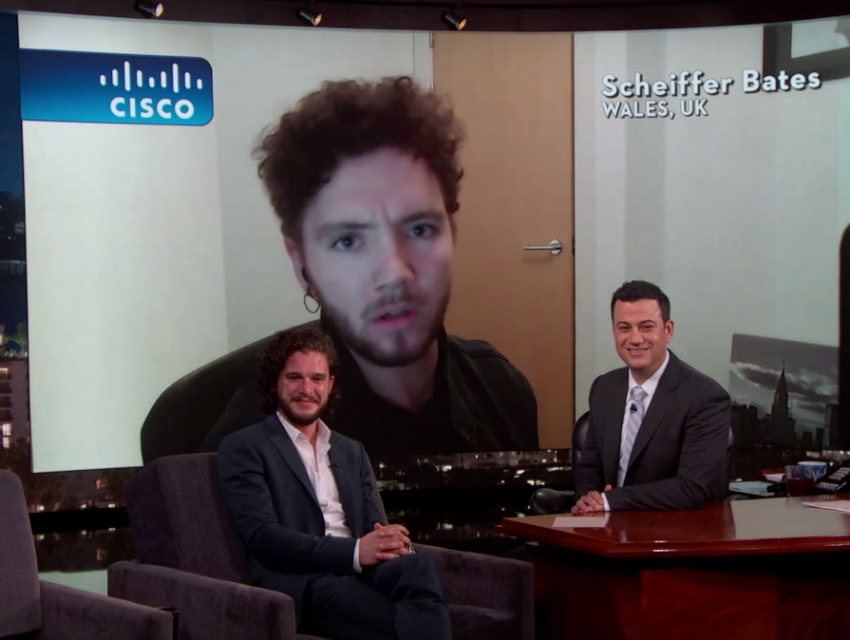 British actor Kit Harrington is a good sport when it comes to indulging the whims of late night TV hosts. A couple of months back, Harrington was game when Seth Meyers presented audiences with a gag that involved the actor dressing up as his character on Game of Thrones and attending a fake dinner party with Meyers. Last night, Jimmy Kimmel presented Harrington with a different challenge: judge the best Jon Snow impersonator. Kimmel had wrangled three different Jon Snows to read copy from a box of cornflakes, a real estate add, and a bottle of shampoo with Snow’s characteristically thick northern accident. Harrington didn’t look super amused, but it is pretty funny hearing the grave voice of Jon Snow read the ingredients in a box of Frosties out loud.