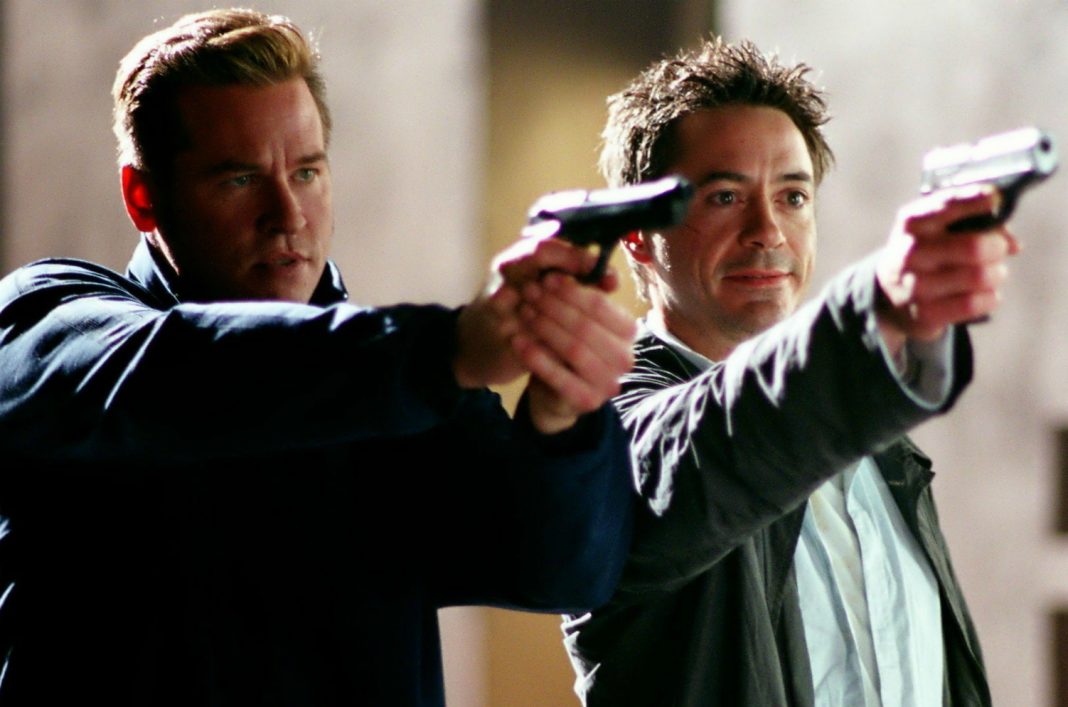 Black’s 2005 buddy-detective movie is told from the perspective of transplanted thief-turned-actor Harry Lockhart (Robert Downey Jr.), who gets a crash course in the city’s oddities as he takes his first case as an accidental detective. The discovery of a corpse brings Harry, his childhood crush Harmony Faith Lane (Michelle Monaghan), and big-time private eye Perry Shrike (Val Kilmer) together during the holidays to solve a murder and unearth a sinister Hollywood conspiracy. Along with a soundtrack loaded with Christmas tunes, there are villainous Hollywood actors, verbose goons, and an adorable finger-eating dog for maximum holiday fun.

Harry is a fish out of water in L.A., so none of the city’s quirks register as normal to him. After stumbling into an audition in progress, Harry finds himself in the throes of a not-uncommon nightmare: he’s alone at a party in the Hills for the first time, feeling entirely out-of-place. A scene of the snappy chain smoker wandering the party, shifting and twitching from discomfort, and failing to spark conversations captures a pure L.A. moment.

Black lovingly pokes fun at the city, especially actors and the industry, trafficking in some common stereotypes, but conveying its beauty as well. There’s an affinity for Los Angeles in Kiss Kiss Bang Bang that’s infectious, and the movie looks as stunning as the city does, from the etherial glow of light through the smog to the downtown skyline looming as epically as Oz.

In the long tradition of Christmas movies, the holiday season is transformative in Kiss Kiss Bang Bang. “I’m not a nice man, Harry,” Perry tells Harry. By the end, the private eye has gone from Hollywood stooge to noble hero, and Harry goes straight, helping people instead of stealing from them. For the first time in Harry’s life, he finishes something. As pitch-dark as the mystery is, it’s a movie with a kind heart and the feel-good spirit audiences crave from holiday fare.

Kiss Kiss Bang Bang also manages to be as romantic as Love, Actually (honestly, you could argue more so). When Harry and Harmony are in a fictional bar called the Domino Room, their electric reunion sells their love for one another right from the get-go. It’s a relationship that wouldn’t feel out of place in a James L. Brooks movie (incidentally, Brooks is one of Black’s mentors and friends).

As unemployed actors, Harmony and Harry are searching for a better life in the city, and L.A. plays a place where anyone can remake themselves. It’s a story that has the good, the bad, and the ugly of unrealized dreams—and what’s more L.A. than that?

Why Can’t People Get Enough of Made-for-TV Christmas Movies?