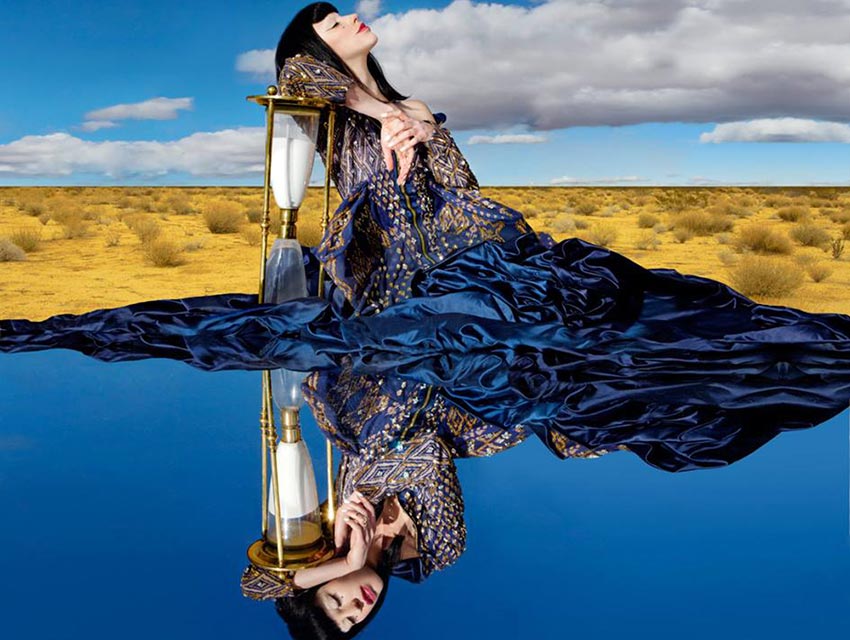 Kimbra’s four-performance residency at the Bootleg HiFi will likely be the musical highlight of the month, maybe the year, but the rest of the residency lineup for September is no slouch. It’s full of bands prepping for nationwide tours, playing events like the Sunset Strip Music Festival and, if all else fails, giving away free pizza. Here’s the lowdown on L.A.’s music residencies for September 2014.

Kimbra at the Bootleg HiFi (September 7, 14, 21, 28)
The month-long stand for the New Zealander, best known in the U.S. for her backing vocals on Gotye’s 2012 hit, “Somebody That You Used to Know,” has its own theme: “Space Jam.” It will feature special guests joining Kimbra for “experimentation and improvisation.” Her latest album, The Golden Echo, hit stores in August.
Think: Somewhere between Prince’s Paisley Park and Bjork’s Iceland
Listen: via Soundcloud
Cover: Free

Soft Swells at the Echo (September 8, 15, 22)
USA Today, Time, and MTV all gave positive reviews to the band’s debut album; its follow-up effort, Floodlights, will hit stores the day after the end of its Echo residency. That’s followed by a massive national tour—16 shows from September 26 to October 16—including stops in New York, Boston, and Austin.
Think: Indie pop that’s begging for soundtrack placement in a Sundance flick
Listen: via Spotify
Cover: Free

Fathers & Suns at the Silverlake Lounge (September 1, 8, 15, 22, 29)
During this residency the Long Beach-based band will release its new album while also appearing at the Sunset Strip Music Festival. In the lead-up to the release, the foursome has played everywhere from the Long Beach Museum of Art to the “fan fest” outside of the Los Angeles Galaxy-Manchester United match at the Rose Bowl.
Think: One part 1965 rock, one part 1971 psychedelia
Listen: via Soundcloud
Cover: Free

Justin Young at Hotel Café (September 12, 19, 25)
The Hawaiian-born Young has toured with Colbie Caillat and Gavin DeGraw and also maintains a YouTube channel filled with live performances and covers of artists ranging from Adele to Miley Cyrus.
Think: Pop and soul, polished to a bright shine
Listen: via Soundcloud
Cover: $10

Bones Muhroni at The Satellite (September 1, 8, 15, 22, 29)
The band kicked off its residency with free pizza (because who doesn’t love free pizza?) on Labor Day. The Coloradoans released an EP earlier in 2014 and have been busy playing shows at The Down and Out, the Echo, and Harvard and Stone.
Think: Acoustic guitars and drunken singing around campfires at high elevations
Listen: via Soundcloud
Cover: Free

Somebody You Ought to Know: Kimbra