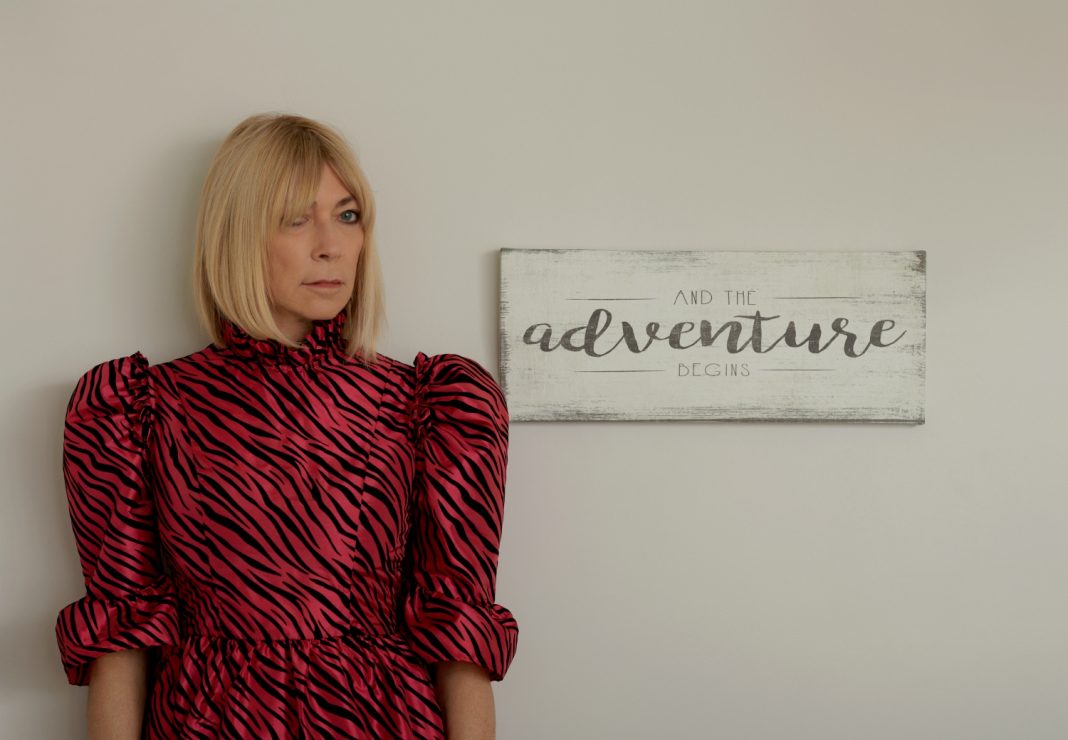 In a small garden behind Mid-City’s Blum & Poe art gallery, Kim Gordon shifts uncomfortably in her denim jacket. A chilly afternoon breeze kicks up as the former Sonic Youth bassist and singer recalls hearing Cardi B’s chart smash “Bodak Yellow” for the first time last summer. “I didn’t know anything about it,” admits Gordon, still youthful and effortlessly stylish at 66. “But I thought it sounded really punky, and I loved the attitude.”

The impact of Cardi’s cold-blooded street anthem indirectly pushed the ever-curious Gordon to make No Home Record—her first fully fledged solo album since the demise of her old band—and her marriage—in 2011. The new record, out October 11, is thankfully free of raps about making money moves, but Cardi-esque overlaps are woven into the stark, minimal rhythms of tracks like “Paprika Pony” and “Cookie Butter.” It’s an album that embraces Gordon’s new life and perspective—and her return to L.A.

She spent 35 years as a key figure in New York’s alternative music scene. During that time, Sonic Youth, which she cofounded with her then-husband, Thurston Moore, released 15 studio albums, inspired countless acts, and mentored Kurt Cobain as Nirvana rose to prominence. While rock and roll is littered with strained and short-lived relationships, Gordon and Moore bucked the trend for almost three decades.

Then in 2011 the indie rock dream came crashing down. Moore’s infidelity was revealed, and the two separated after 27 years of marriage. For some fans, the split was worse than their parents’ divorce: Not only did it break up Sonic Youth, it also ended one of music’s rare and revered golden couples. The long, public farewell came during the band’s final tour of South America that year, making it all the more difficult.

“The end of my marriage was a private thing, and watching Thurston show off his new independence in front of audiences was like someone rubbing grit in a gash,” Gordon wrote in her 2015 book, Girl in a Band, which caused considerable waves with its unusually and, at times, painfully detailed account of the artistic and romantic splits.

Today, she says from behind sunglasses, “it’s in the past, and I wish him well.” The two share a daughter, Coco, a 25-year-old artist and poet, who lives in Brooklyn and “has her own relationship with her dad,” Gordon says.

The same year her memoir came out, Gordon purchased a home in Los Feliz and moved west. “I missed the smell of night-blooming jasmine and the Pacific Ocean,” she says.

L.A.’s sights, sounds, and feel permeate No Home Record. The city’s abundance of signs and billboards infiltrate the lyrics of songs like “Get Yr Life Back,” while the surge in homelessness is touched upon briefly in the bracing opener, “Sketch Artist.”

Los Angeles today is a completely different world from the West L.A. that she grew up in during the 1950s and ’60s. Her father, Calvin, taught at UCLA, her mother worked as a seamstress, and the teenage Gordon had a particularly strong interest in art and music. Just a few miles away, Laurel Canyon was teeming with names like Buffalo Springfield, the Byrds, the Mamas and the Papas, and Joni Mitchell. “The canyon just seemed cooler and more mysterious than where I was—which was much more middle class,” she recalls with a slight hint of embarrassment in her soft-spoken voice. “It was when rock was still the music of rebellion, which is not what it is now.”

It wouldn’t be long before the Manson murders exposed the darker side of the city, and they also touched the Gordon household. Marina Habe, an ex-girlfriend of Kim’s older brother, Keller, was found brutally slain in January 1969. It has long been speculated that she was an early victim of the Manson Family.

The memories flow from Gordon, but with limited nostalgia. She talks far more enthusiastically of her new life in Los Feliz and getting to “see the mountains” every day. She remains, as ever, connected to the art community, and her social circle includes renowned video producer Sharon Oreck and screenwriter Becky Johnston.

“I know this city can be isolating, but I know three other people on my block,” she says. “That’s pretty good for L.A.”

RELATED: All of Your Favorite NYC Bands Live in L.A. Now

7 Books You Need to Read This February