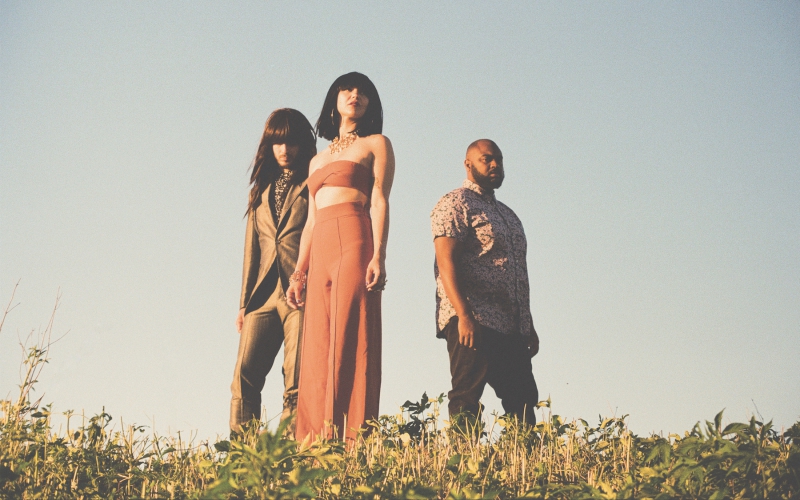 “We are all Googoosh-obsessed. She’s easily in our top three collectively-most-listened-to artists of the last two years. The first tour we ever went on, Mark played a Middle East funk and soul playlist constantly in the van, and the rest of us got hooked. You can hear the influence really clearly on our new record, Con Todo el Mundo. This record finds a way to be passionately romantic and tough at the same time. As an artist, she’s one of a kind.”

“This was one of many tapes Mark discovered through the Monrak-plengthai blog, which literally translates to ‘I love Thai music.’ It’s so, so funky on every level, and it didn’t sound like anything else we’d heard from that era in Thailand—[it’s] one of the first discoveries we couldn’t stop listening to. Even for a listener who’s not quite comfortable with Southeast Asian music, there’s something really accessible and sing-a-longy about it. On our recent trip to Thailand, Mark was on a hunt specifically for music from Sutrak and managed to get a vinyl and a cassette. He was ridiculously happy.”

“‘When Friday Comes’ was one of the first bass lines I ever learned, and it remains one of my favorites. Dub reggae was my ABCs of music—the patterns were easy enough to follow for a beginner, but the feel is so particularly groovy. Playing along to Barrington’s signature melodies made practicing addictive when I first started out. Most of the songs on this album served as the source material for Scientists’ ‘Heavyweight Dub Champion.’ Because it’s all dub, it  allows you to hear the parts of each song in a new context, and much of the time, the parts are isolated, making them really easy to pick apart and learn.”

“This is a favorite of everyone in the band. Parliament was one of the first shows Mark ever went to as a kid—the show started at midnight and went until 6 a.m., and that’s when he knew he wanted to be in a band like that. Even when he talks about it now, he gets a childlike look of excitement on his face. It’s really cute. And we all love it because of the way the band created their own universe and mythology—a thing just as inspiring as the music. They have their own language. Their sort of continuing-saga is illustrated on their album covers in the Parliament style, and it’s always a fight between good and evil, funk and the non-funky. This particular record is a battle between Funkentelechy (psychic funk) and The Placebo Syndrome (fake funk trying to take place of the funk). The record has some of the best bass lines any of us have ever heard.”

“This record is a lesson in how to play quiet, and anyone that’s seen us play live can attest to how important dynamics are to us. We have yet to achieve a level of success that Arthur Greenslade does in his arrangements on this record, but it’s something to aspire to. It’s also such a playful album. Their reinterpretation of Chopin’s “Prelude, Op. 28” as “Jane B” is so smart and so childlike. The whole sounds like their in love and bringing out the best in each other — her innocence and his expertise — what a combination. It goes to show how much the dynamic between the people making the music comes through in the creation — one I hope we achieve in the incredible friendship that is Khruangbin.”

RELATED: A Massive and Free Music Festival Is Coming to the Rose Bowl