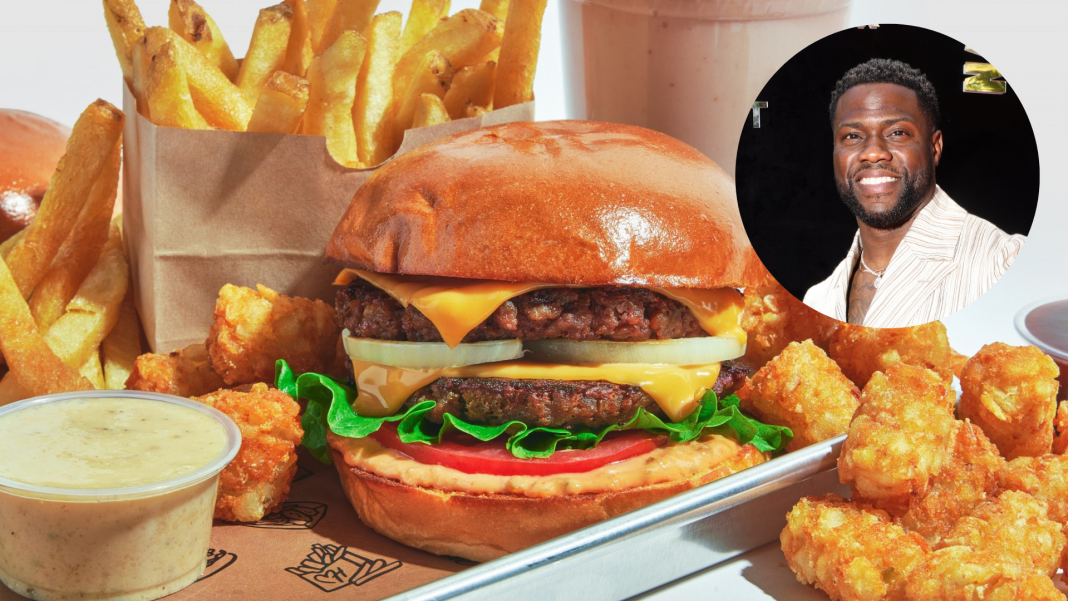 Kevin Hart is uprooting the fast food industry with sustainable, affordable and crave-able products in mind. The new quick service restaurant called Hart House is set to officially open its first location later this summer and will serve only plant-forward food while providing high quality jobs in an environment that’s accessible to all consumers and available within minutes of ordering.

“Kevin sort of conceptualize this idea at the beginning of the pandemic,” CEO Andy Hooper told Los Angeles at a private tasting of the new concept. “If I were advising him at the time, I would say, ‘Don’t you dare ever start a restaurant, and don’t you ever start a restaurant in the middle of COVID,’ but after almost two years of really working on this menu and getting the food to a place where it can deliver on that promise, we’re ready to go and we’re excited to tell the world about Hart House and excited to serve the food.”

“If you were to just come out and say to folks, ‘Come to my vegan restaurant,’ automatically, there’s two thirds of the country that just won’t go because they’re thinking to themselves, ‘Oh, vegan food doesn’t taste as good as other food.’ I think it’s important for us to be a restaurant that first and foremost serves a crave-able product that people go out of their way to consume and then at the end we’re like, ‘Hey, by the way, this just happens to be all plant-based,’” Hooper said.

“I think one of the things that’s important when you’re thinking about building the next generation of quick service restaurants is acknowledging that it’s going to be plant-forward,” he added. “That’s where things are going, both out of taste preference, but also out of necessity. So when you think about a future that is set up that way, you have to consider all of the things that are going to go into ultimately making that a sustainable experience for everyone.”

Hooper continued to explain that Hart House isn’t leaning on vegans, nor the celebrity status that Hart brings to the fast food joint, but rather a curated menu that just “happens to be plant-based, and that happens to be his idea.”

“We talked a lot inside of the Hart House team about the difference between being timely or being timeless, but doing it in a way that is actually better for you, that actually delivers on something that’s healthier than going and getting a quarter pounder with cheese, which is obviously not terribly healthy,” he said. “It’s this, that sort of led Kevin to the idea that if we’re going to go do something in the restaurant space, let’s go big. Let’s not just go to build a beautiful restaurant.” 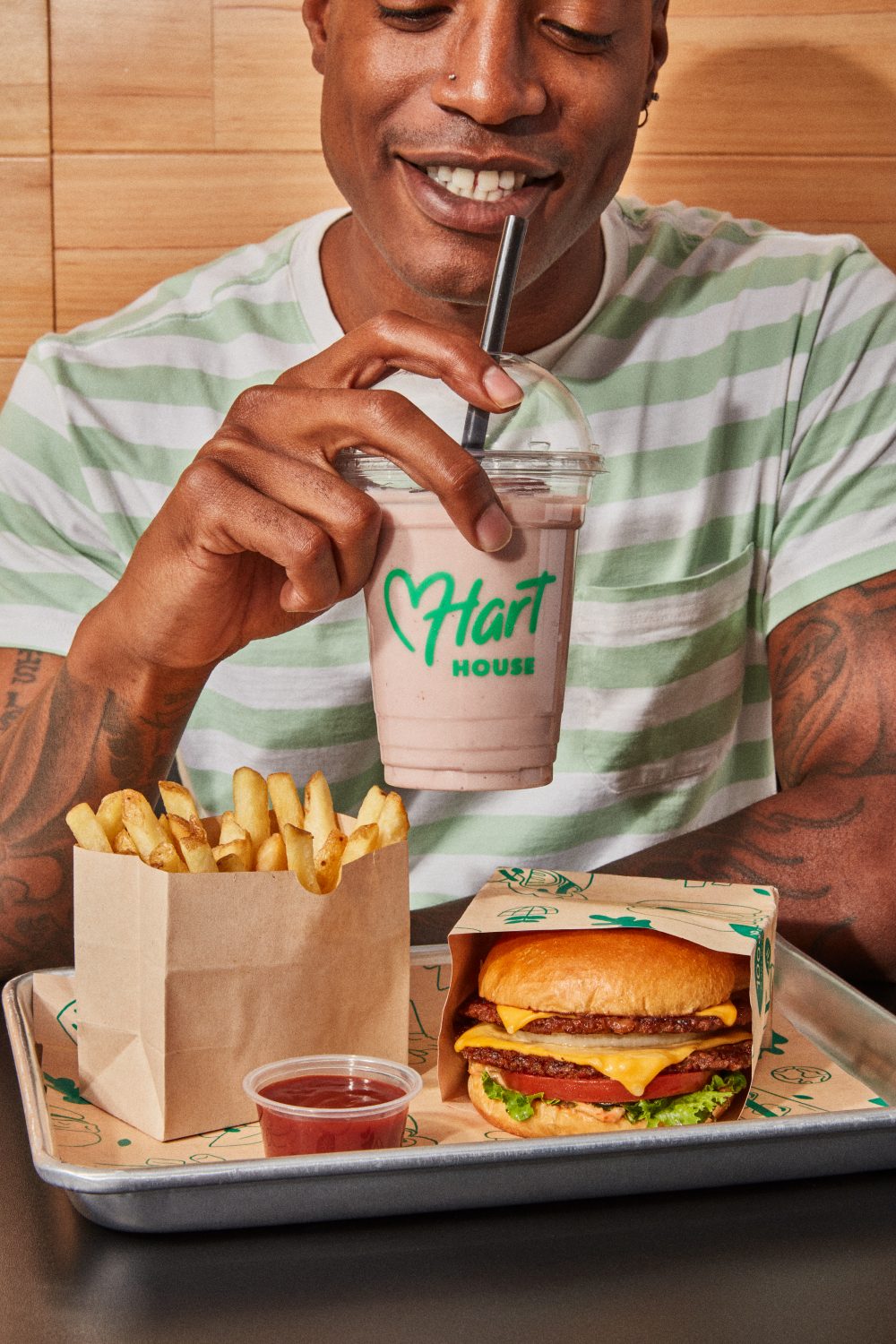 “I got the call and I couldn’t believe it at first. It was so surreal. I thought I was being punk’d and then I had a chance to actually meet Kevin, talk about his vision for what he wanted to create, and having pioneered bringing plant-based into mainstream QSR with Burger King, with the Impossible Whopper, I saw a tremendous opportunity to take a lot of that momentum, that success that we had with that product previously and in that environment, why couldn’t we recreate and reinvent fast food,” Salem wondered.

“It’s one thing when you hear someone’s idea and you get excited about working with a celebrity. It’s another thing when you hear about somebody’s idea and it actually really resonates with your life’s work and that’s what happened to me,” he added. “I’ve seen too many animals die. I’ve been too guilty about the food I’ve been serving the community, making people really unhealthy for a long time, and I just don’t think it’s necessary. I think this is really the future of fast food, so that’s why I took the gig. I just thought it was an incredible chance to really make a difference and leave a legacy on food service and an industry that’s been so good to me.”

Salem noted one of the most important aspects of his creative process developing Hart House’s menu was simply the fact that he is a carnivore who wants to be sustainable, but didn’t want to sacrifice flavor.

“When it comes to vegans making food for vegans, I think if you’re immersed in that food too much, you can lose sight of what the carnivores truly want, so as we curated this menu, we really developed it as carnivores,” he said. “We’re not sacrificing. We’re still delivering great crave-able flavor. We’re still delivering products that you want to take to your friends and share. It just happens to be really good for you. It happens to be plant-based, and you happen to feel a lot better after you eat it.” 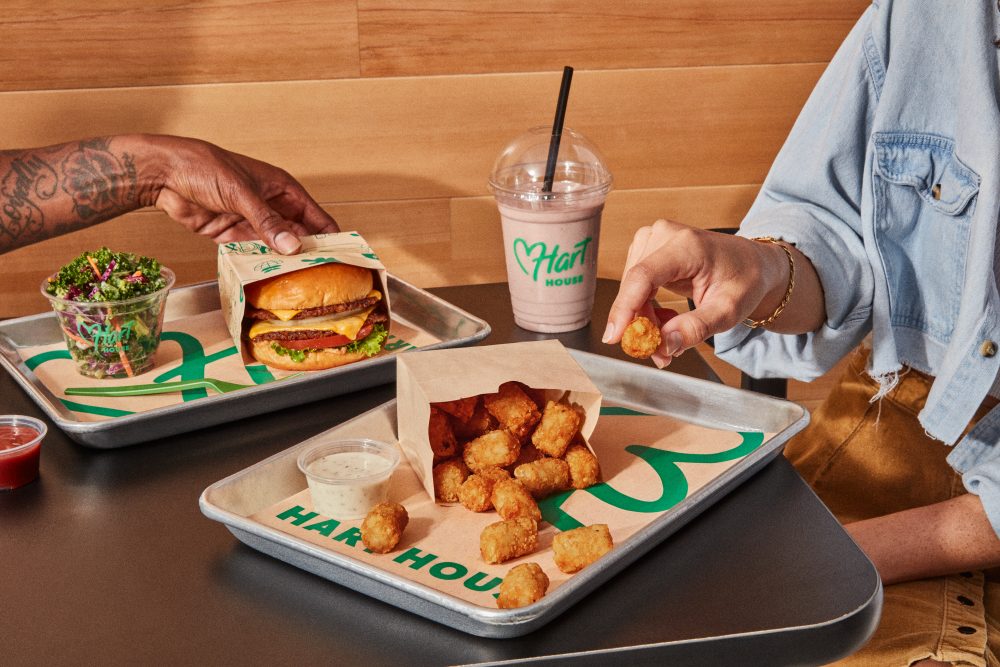 The Best Vegan Restaurants in L.A.