Home Music Why L.A. Can Be Proud of Kendrick Lamar’s Pulitzer Prize 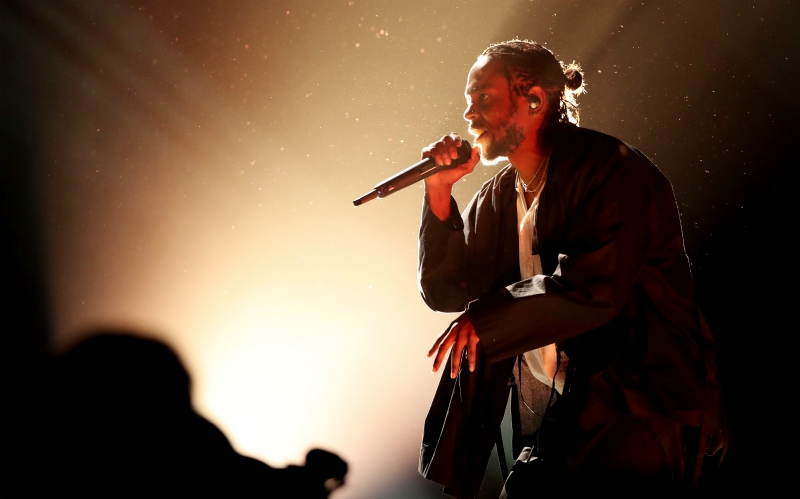 Kendrick Lamar won the Pulitzer Prize for music and L.A. should be proud. The 30-year-old Compton native isn’t just the only rapper to ever grab the medal, he’s the first artist who doesn’t make classical or jazz to win since the award was minted in 1943. That means that in the whole history of even the broadest definition of “popular music” (folk, soul, country, funk, disco, rock, punk, pop, metal, rap, EDM, and countless subgenres), not one American-made work emerged with enough cultural significance, high artistry, and clearcut import to inspire the jury members to rip up their rule books until Monday, April 16, 2018, when Lamar’s immense fourth LP, DAMN., made history.

Indeed, this city should be proud. Not of the conditions that Lamar documents in these 14 songs, which shine a harsh and unblinking light on Black life and death on SoCal’s own soil, but that we have such a documentarian in our midst. DAMN., which was released barely a year ago, proves what Lamar’s legions already knew: he is fiercely truthful and brutally articulate, both about what he sees and, more importantly, what he feels. The album is teeming with internal conflict, framed as a 55-minute battle between “weakness” and “wickedness” as our host parses his motivations through various vignettes from his past—is he a victim of the system or an addict to his vices?

“Shit I’ve been through prolly offend you,” he taunts on “DNA.,” laying out the messy facts of his upbringing: “I know murder, conviction / Burners, boosters, burglars, ballers, dead, redemption / Scholars, fathers dead with kids and / I wish I was fed forgiveness.” But he also shows us what manifests on the inside: “Got war and peace inside my DNA / I got power, poison, pain and joy inside my DNA / I got hustle though, ambition flow inside my DNA.” Meanwhile, “FEAR.” plays like a summary of the bleakest parts of Ta-Nehisi Coates’s Between the World and Me, as Lamar recalls life at ages 7, 17, and 27—three different flavors of living in the shadow of imminent ruin.

Fans love to speculate that the hook of DAMN.‘s punchy, swaggering single “HUMBLE.” is a sly diss at some other MC but K-Dot has made it clear that when he says, “Bitch, be humble,” he’s addressing himself. In that spirit, we Angelenos should temper our basking just a little. If there’s shade being thrown, it’s from the erudite East Coast Pulitzer crew at our homegrown Recording Academy, a.k.a. the Grammy people, who have denied Lamar his rightful Album of the Year trophy three LPs running (DAMN. lost to Bruno Mars’s fun but flimsy 24K Magic). Their systemic refusal to give rap its due looks all the more ridiculous in light of an unexpected Pulitzer cosign.

The nearest Pulitzer came to hip-hop before now was awarding Hamilton a drama prize in 2016, but this is different. Lamar is a master weaver, threading his narrative through a greater tapestry about what it means, and has meant, to be Black in America, while stitching sonic bits from the panoply of Black music throughout. DAMN. fluctuates largely between two sounds—aggressive and minimal or squishy and psychedelic—but remnants of its maker’s past excursions into soul, funk, and jazz crop up. That’s handy for the Pulitzer board, which has its own history of exclusion and bestowed only posthumous recognition on jazz legends like Duke Ellington and John Coltrane.

Lamar is just the fifth living Black artist to receive the honor but what’s a Pulitzer to him anyway? On “HUMBLE.”, he boasts of his music, “This that Grey Poupon, that Evian, that TED Talk.” He doesn’t need approval; he already knows his oeuvre’s worth—that he’s one of the great voices of his generation regardless of medium, and that his creations belong on a shelf with other fine and fancy things. That could be why, by press time at least, he still hadn’t shared the news of his prize on social media. After all, as Lamar says on “ELEMENT.”: “I don’t do it for the ‘Gram, I do it for Compton.” And until our own institutions step up, we’ll have to trust that Pulitzer is too.