Home Film A Sketch of Keanu Reeves and Alex Winter Is the First Glimpse... 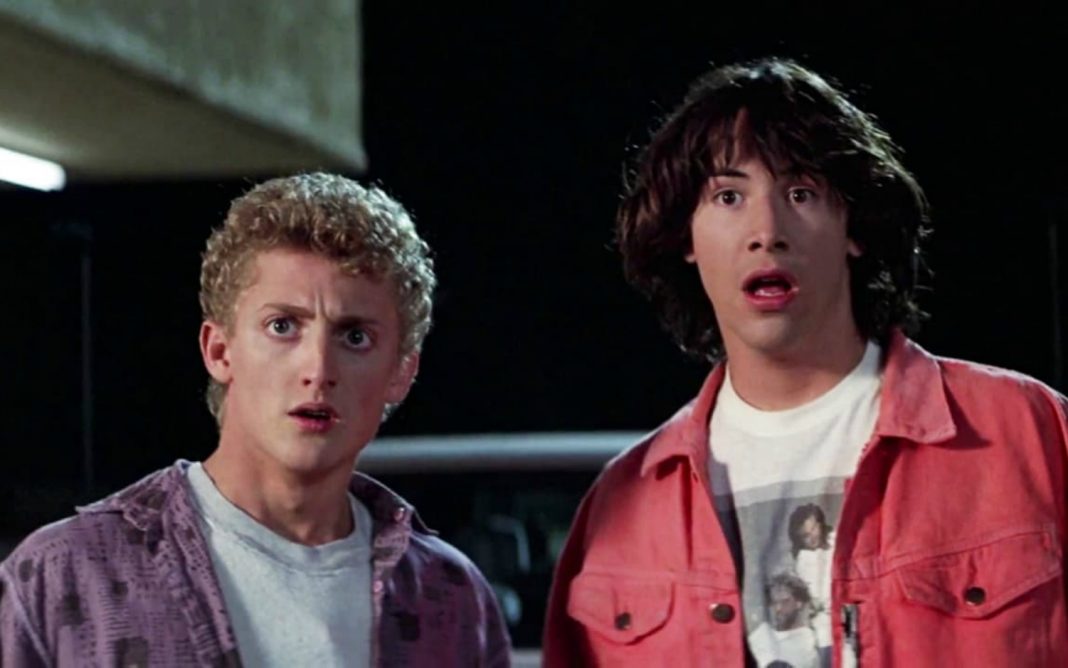 After years of false starts and disappointments, the long-awaited third installment of the Bill & Ted series is actually starting filming, and costar Alex Winter celebrated the awesome news by posting the first storyboard image to Twitter.

On Sunday he wrote, “Happy Bill & Ted Day! Kickoff on @BillandTed3 is moments away…”

Indeed, 28 years after Bill & Ted’s Bogus Journey, the on-again, off-again (and then on-again) Orion production Bill & Ted Face the Music is finally going to start shooting with a script by original creators Chris Matheson (Imagine That) and Ed Solomon (Men in Black), and Galaxy Quest director Dean Parisot at the helm.

How soon? Backstage has just put out a casting call seeking talent to play cavemen, Babe Ruth, George Washington, and others, in New Orleans starting June 24.

Already cast are Bill and Ted’s daughters. Traveling through time to save the world with the Wyld Stallyns front men are Bridgette Lundy-Paine (Atypical) and Samara Weaving (The Babysitter). Last week, @BillandTed3 even tweeted a doppelganger photo of the fathers and daughters.

Also confirmed for the pic is William Sadler, who will reprise his Bogus Journey role as the Stallyns’ bassist, Death.

Still, even fueled by the star power of John Wick himself, the production faces challenges. Reeves recently told Variety‘s Big Ticket podcast, “We got some dough—not a lot. Not enough. We don’t have enough money. I want more shooting days. It’s a very ambitious story.” As for why the movie has spent eons in Hollywood hell, he says it “went through the shenanigans of show business rights and deals and stuff.”

But don’t take that to mean Reeves isn’t super psyched for the movie. Just check out him and Winter in this promo: