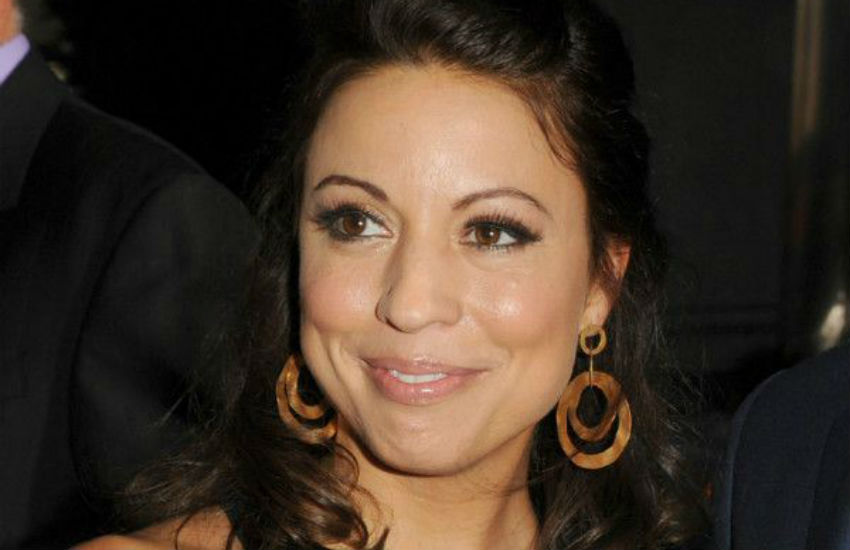 As the fifth of seven children, writer and actor Kay Cannon, best known for her work on NBC’s 30 Rock and Pitch Perfect, has been naturally attracted to collaborative environments throughout her life—first as a high school, then collegiate athlete, then as a member of the stalwart Second City improv and sketch comedy company, and later as a TV writer. “I love that feeling,” she says. “That feeling of team.”

This reverence for teamwork and collaboration was a central theme in 2012’s Pitch Perfect, the tale Cannon penned about an underdog group of female collegiate a cappella singers, the Barden Bellas, who unite despite their differences to (spoiler alert) win the title of ICCA (International Championship of Collegiate A Cappella) champions. The Bellas return to the big screen this Friday in the larger, louder, and glitzier sequel, Pitch Perfect 2, which follows the group to a worldwide competition.

Unlike the Bellas’ clear trajectory to the top of their game, Cannon’s long journey to film and TV writing was—as journeys tend to be—a bit circuitous. “It’s interesting; when you’re kind of ‘known’ for being a writer, people don’t think you’ve done anything else,” says Cannon, who got her degree in theater and spent several years improvising as a member of Boom Chicago in Amsterdam and Second City’s Vegas troupe. She started writing when a move to L.A. yielded only auditions for limiting roles unsuited to her strengths as a performer. “I didn’t fit into one spot,” she says. “I started writing for myself because I know how to write for myself. I know how to show what I can do.”

Cannon churned out sketches, specs, and a TV pilot—which led Tina Fey, a personal friend from their years on the sketch and improv circuit, to hire Cannon as a writer on 30 Rock. “I feel like I blinked and it was six years later and I’m still writing. I’m writing movies.”

It was in the writer’s room of 30 Rock that the seeds for Pitch Perfect were first sown. When the writers penned a joke about a character’s a cappella past, Cannon “literally said in the room ‘someone needs to make a movie about that.’” She shared this idea with her friend, actress and filmmaker Elizabeth Banks over drinks, but Cannon didn’t feel she had enough knowledge about the a cappella world to follow through.

A year and a half later, Banks and her husband and producing partner Max Handelman presented Cannon with Micky Rapkin’s nonfiction book Pitch Perfect: the Quest for Collegiate A Cappella Glory, providing the research she needed to flesh out a viable world. Handelman and Banks signed on as producers, and the three pitched the film with vaudevillian verve to studio execs. The film ended up a surprise success, grossing over three times its original budget and launching thousands of Youtube covers of this song.

Like Bridesmaids before it, Pitch Perfect proved again that an all-female comedic ensemble film can generate big numbers at the box office, a result Universal hopes to replicate with the upcoming sequel. In spite of these successes, however, Cannon admits that there’s still a lot of work to be done to bring these female-driven stories into the mainstream. “It’s a numbers game, and I think the numbers still indicate that we are losing. [Even though] everything I’ve done has been female-driven, the casts have been primarily male. Really it’s only Pitch Perfect that’s been fully female, but that was only because all-lady groups were the underdogs, and I wanted to tell an underdog story.”

Cannon says she often meets men who express their enjoyment of the movies, but with a hesitance that points to a cultural stigma still attached to women-centric films. “I didn’t set out to write some female-empowering movie, I just wanted to write a funny college comedy. Hopefully, the movie is bridging that gap, where you can start forgetting that it happens to be women who are making you laugh.”

Scene It Before: Calamigos Ranch from Wet Hot American Summer

My LA to Z: Anna Camp