Home Film Katniss Breaks Out the Big Guns in Final Installment of The Hunger... 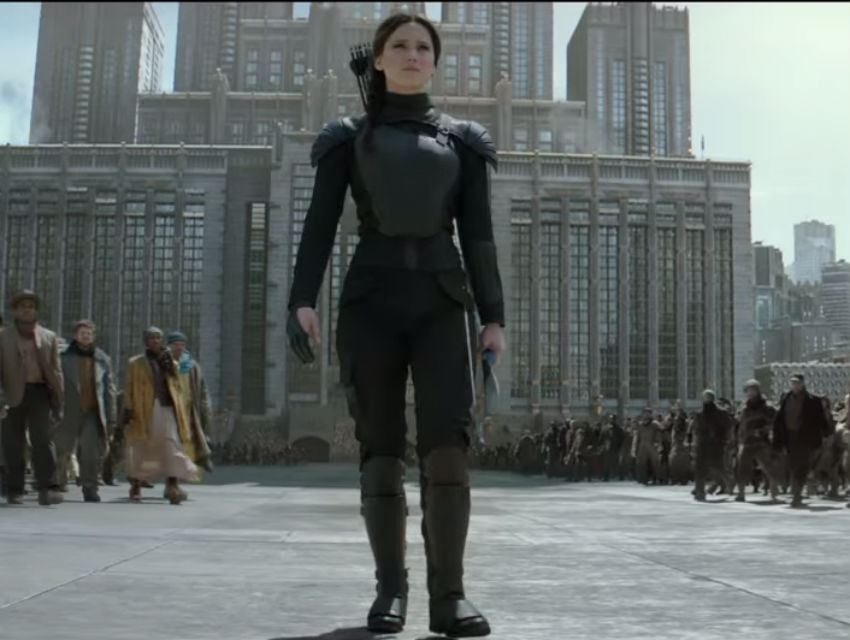 One of the most successful movie franchises in recent history, Hunger Games, starring Jennifer Lawrence, Donald Sutherland, Woody Harrelson, and Josh Hutcherson, is wrapping up with a bang later this year. The first trailer for Mockingjay Part II, out November 20, just dropped this morning and it looks pretty spectacular. Not only do we get to revel in a fancy underground wedding hosted by the resistance movement, we also see more Katniss and her crew sporting X-Men uniforms, taking down fighter jets with bows and arrows, and running from what appears to be a tidal wave of black ooze.

Mockingjay Part II is the final movie in the series based on novelist Suzanne Collins’s trilogy. If you were hoping for a cathartic resolution to a plot that has basically hurled crap at Katniss Everdeen ever since she took her sister’s place in the lottery, it looks like your wish will come true: the trailer is ripe with references to the end of Coriolanus Snow’s reign of terror. How said end comes about or what the black ooze is about, only time can tell.

Check out the new trailer below: