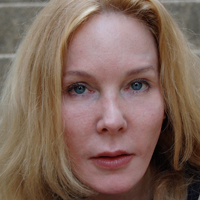 Or so she keeps saying. But it’s starting to ring a bit false. People want to read about them, so long as it’s Boo who’s doing the writing.

Boo’s been writing about social justice issues for years, picking up a Pulitzer Prize for Public Service in the process, but she’s just now getting the name recognition she deserves. That’s because of the success of her first book, Behind the Beautiful Forevers: Life, Death, and Hope in a Mumbai Undercity, which hit bookstores earlier this month. Told over the course of three years—the amount of time Boo spent reporting in India—it’s the story of the profoundly impoverished people of Annawadi, a “sumpy plug of slum” near the Mumbai airport.

If that doesn’t sound like the sexiest subject, consider that Forevers is one of the best-reviewed debuts in years. Critics seem to be trying to outdo themselves with their praise. Entertainment Weekly’s Jeff Giles put it best: “Right now the book is sitting on my shelf making all the other books feel stupid.”

Boo’s been on a whirlwind national press tour—her first—since the book came out earlier this month. On Wednesday she arrived in Los Angeles for a talk at the Skirball Cultural Center, where she read passages from the prologue and answered questions about her process, the ethics of “immersion journalism,” and her reasons for writing the book. “I’m not trying to serve up poignant snapshots of miserable people in squalid conditions, to show them with flies in their eyes,” she said. “My hope is to document the lives of complex, resourceful individuals over a long period of time.”

That’s the point that she repeatedly returned to: that poverty does not imply misery. Poor people don’t sit around looking depressed all day, she said. They work, play, and survive. And, like everyone else, they hope and dream. That’s true everywhere, whether you’re in the slums of India or America’s inner cities. “I found myself asking questions not unlike those I ask in my home country,” Boo said. “Whose capabilities in this society get supported, and whose get squandered? What is the infrastructure of opportunity here? Who gets out of poverty, who doesn’t, and why?”

At the start of the talk, Boo confessed that she didn’t think anyone would attend. Her editor had called earlier that day to say that Obama was coming to town. How could slum dwellers in a tiny, sewage-strewn pocket of India compete with that? Apparently they can. The auditorium was full.