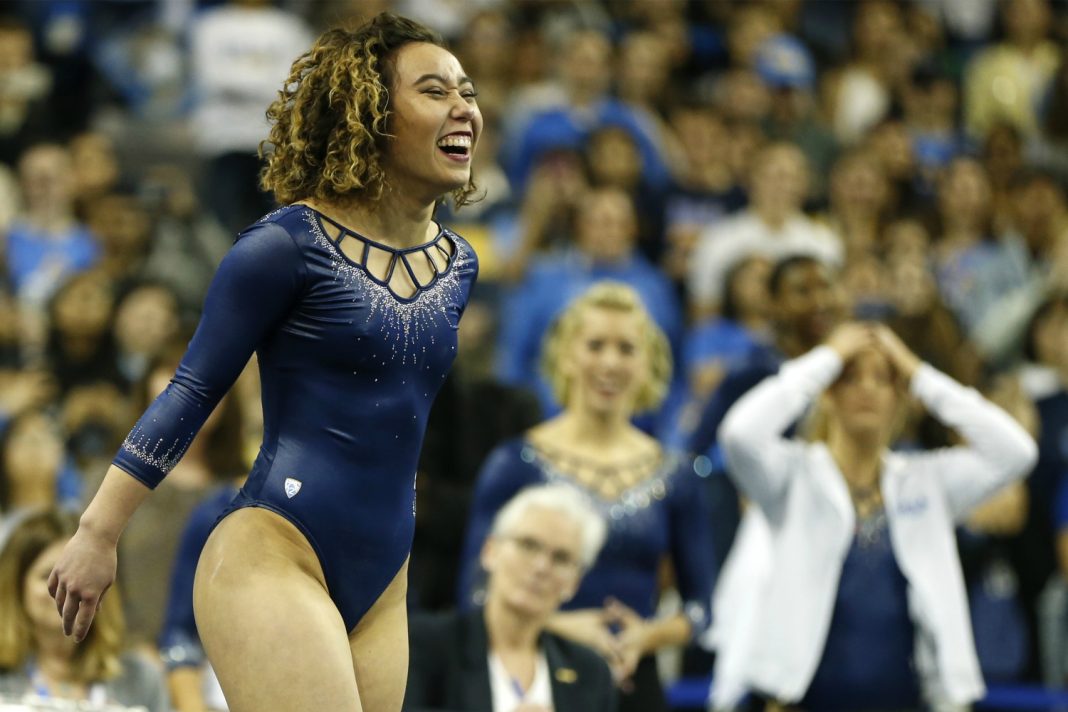 UCLA’s viral gymnastic sensation Katelyn Ohashi finished her college career at the end of April at the NCAA Championship Final in Fort Worth, Texas, and she’s not looking back.

“My body’s ready to be done,” says the 22-year-old dynamo whose uniquely exuberant floor routines garnered six perfect 10s this season and millions of views online.  “I’ll miss this work but I think everything has kind of set me up for the future.”

Ohashi, who is set to graduate with a degree in Gender Studies in June, will spend the summer doing various speaking engagements on topics such as body shaming and mental health. The subjects are close to her heart. A former elite gymnast who competed against Olympic gold medalist Simone Biles, Ohashi has recalled being criticized for her weight by coaches when she was just 13 and barely weighed 70 pounds. “I’ve been told I looked like I swallowed an elephant or a pig…I was compared to a bird that was too fat to lift itself off the ground,” she wrote on her blog. In 2013, she beat Biles to win the American Cup, but the victory came after years of excruciating back and shoulder pain. Doctors told her she might never do gymnastics again, and she had to have shoulder surgery. The injuries ender her elite career, so Ohashi looked to college athletics.

Now, she’s eyeing a new sport. Ohashi hopes to go on Dancing with the Stars, and says she’s had some casual conversations with some people from the show, which has featured several gymnasts over the years, including her close friend Biles.

She’d love to dance with Sasha Farber, who was Biles’ partner in 2017. “He did absolutely amazing,” Ohashi enthuses, adding that she and Farber are pals and that he even came to her last gymnastics home meet of the season. But, while gymnasts might seem to have an athletic advantage over other “stars” who compete on the show, Ohashi says there’s still a challenging leap between the two disciplines.

“Gymnasts are typically very, very stiff in comparison [to dancers],” she says, but then pause, as if to consider the fact that her booty-shaking floor routines, choreographed to pop hits from Tina Turner to Beyonce, are anything but stodgy. “I mean, I guess, I might have a little advantage but it’s still gonna be a lot of things to get used to.”

RELATED: Before Going Viral, Katelyn Ohashi Overcame Injury and Rediscovered Her Love for the Sport