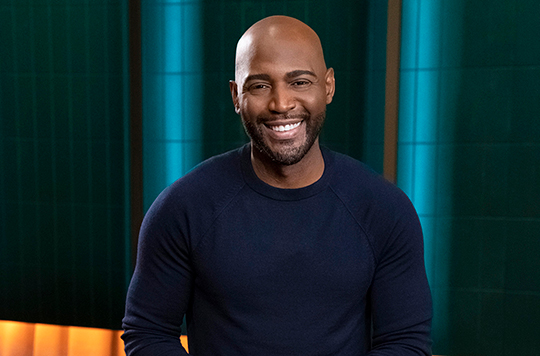 Early speculation of Karamo Brown’s new daytime talk show is that it will take after the likes of Maury Povich and Dr. Phil, but the TV personality swears his slot will “create a new lane.”

“I love the celebrity shows, but there are millions of people at home who will never interact with a celebrity and who are having problems with their mom, their sister, their brother, cousin, with their partner, who are feeling alone, feeling lost, and I’m like, ‘How do we talk to those people?’ No shade, but Dr. Phil is 40 years my senior. We have different perspectives on the world and how we want to help people. I respect what he has done, but I’m coming with something fresh and new,” Brown told Los Angeles.

“I’m creating a new path because my perspective of individuals, my training, the things I have been through in my life, the things people have seen me doing for almost seven seasons now on Queer Eye is different,” he added. “We’re going to have some fun, but we’re also about to get to the core of what’s going on [in people’s lives]. It’s my personality, so I’m going to create a new path that I believe will change or refresh the daytime space, and I’m excited.”

The self-titled show will authentically address a wide range of topics, including infidelity, race, parenting and complex family dynamics. On both linear and digital, Brown’s fresh voice has broad appeal, where conflict meets compassion as he gives thoughtful and genuine advice to each of his guests.

“One of my episodes talks about gaslighting, which is one of the things people need to learn about,” he said. “I wanted to go there and make sure people have the language to know you don’t gotta put up with this, you don’t gotta do this. You can actually talk about your issues and go through it, but at the end of the day, you can be better than this. My only goal is to help people begin talking and growing.”

While Brown’s show will differ from Povich’s tabloid talkshow and his “Who’s The Daddy” segments, the TV personality revealed the 83-year-old retired journalist has given him a lot of “encouraging” advice.

“Maury has been exceptional, I will tell you that part,” Brown said. “Maury has been a breath of intelligence and guidance and has been so encouraging of ushering in something new. There’s gonna be no baby mama stuff, running off like that on my show, but the encouragement of having him be like, ’It’s time for something to be ushered in new,’ was really nice.”

Brown is entering the daytime television space in the midst of one of the biggest shakeups the industry has ever seen. Ellen Degeneres has officially signed off from her signature show after 19 years and Wendy Williams’ show is coming to a sudden end next month after the host took a long hiatus due to complications with Graves’ disease. Povich, along with Dr. Oz, Nick Cannon, Judge Jerry, The Doctors and The Real will also be saying goodbye this year, leaving Brown with the added pressures of becoming the new LGBTQ voice in viewers daily living rooms.

“So for me, I hold that responsibility and I think about it and I’m constantly having conversations with my executive producer about what are we putting out in the world because we got one shot to put something out in the world and I wanna make sure we’re doing the best that we can,” he added.