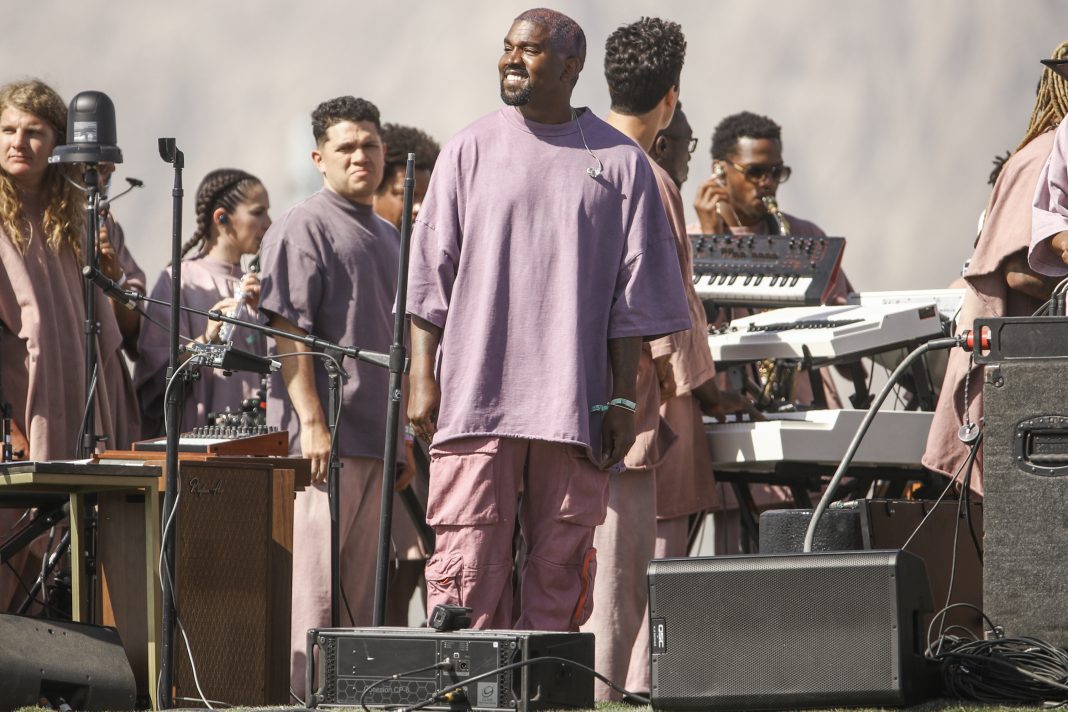 The Kanye West Coachella show was rambling, inconsistent, caught between the spiritual and the Earthly, and ambitious. Any fans who showed up to the man-made mountains on the Polo Club early on Sunday morning expecting West to return to old form and play a set of his best-known hits would have been disappointed; West himself was rarely the featured performer at all, taking lead-vocal duty only three times over the course of the two hours, during moments of “All Falls Down” and “Jesus Walks,” and on the debut of a new song, “Water.”

It was West’s vision, more than his voice, that tied the event together. Dozens of dancers and musicians selected by West moved around in loose-fitting mauve costumes of his design. The large set included mounds and platforms constructed in a camping area of the grounds, which, while not the dome he reportedly wanted if he was to do a concert performance, was still more than most non-Kanye artists could get away with demanding. Versions of his own songs, gospel standards, and classic pop and R&B tracks all wove in and out of each other, rising and falling in waves.

West’s close friends and collaborators Chance the Rapper, Teyana Taylor, and Kid Cudi all appeared, swaying with the music, performing solos, and occasionally embracing West, who seemed emotionally overwhelmed by the power of his own service. DMX, the one person who apparently declined the offer of matching choir garb, stepped up to shout a short prayer, after which West seemed to weep.

During the show, it was hard not to look for West—even when he was surrounded by other people—to try to gather clues. What did this performance says about where he is mentally and creatively, or where he’s going as an artist? Is this an indication that, after tumultuous years dominated by public struggles with mental health and problematic, attention-seeking behavior, he’s found some type of spiritual grounding? Will he return to making music with a new center? And, if so, will it be any good? The one new composition he played was, at least in its current form, no candidate for the canon of West’s best works.

Whatever he may be going through, it’s clear West isn’t making any monastic vows of poverty. A dedicated merch tent next to the performance area sold limited-edition designs under a sign reading “Church Clothes,” ranging $50 socks to $225 hoodies.

RELATED: What Do We Know About Kanye West’s “Church” Services?