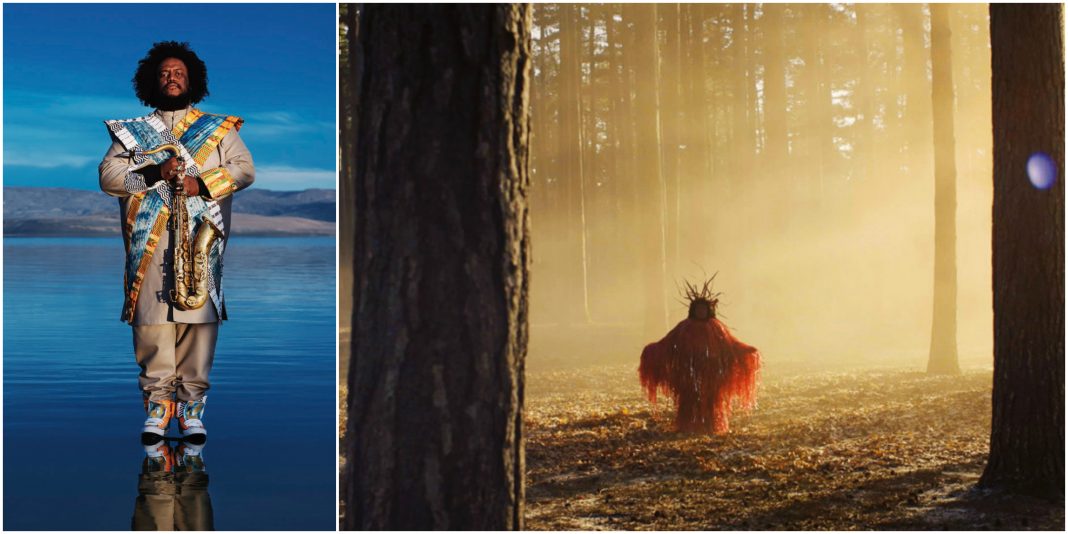 Kamasi Washington–the L.A. musician pointed to by many as an icon of the recent resurgence of jazz–is trying his hand at reviving another overlooked genre: The short film. His 22-minute As Told to G/D Thyself made its public debut yesterday, streaming on Apple Music.

The film, which premiered earlier this year at the Sundance Film Festival, is scored with compositions taken from Washington’s most recent album, Heaven and Earth, and co-directed by Washington himself.

The project is the first from the newly formed Umma Chroma collective, a group of filmmakers and artists who collaborate throughout the creative process. The collective includes Bradford Young, the only African-American ever nominated for an Oscar for cinematography; Terence Nance from HBO’s Random Acts of Flyness; film and music video director Jenn Nkiru (who directed Jay-Z and Beyoncé’s “Apeshit” video in the Louvre); and editor Marc Thomas, along with Washington.

Umma Chroma (a combination of the Arabic word for community with the Greek word for color) was conceived of by Washington during the Heaven and Earth recording process.

“When I was making that record, the music felt so visual, and so I wanted to create a visual representation of what I felt with the music,” Washington told IndieWire. He approached Young first, admiring his work on films including Selma and Arrival.

From there, the pair looked to bring other like-minded creatives into their orbit. “We were just searching for the right people who we felt would bring something of value to the table that neither of us had, and then allow whatever it was to grow,” Washington said.

While this short film is the first finished project to emerge from the collaboration, the members intend to keep working together, in various configurations.

RELATED: This Provocative Music Event is Out to Prove Jazz is Alive and Well