Home Celebrity Jussie Smollett Was Indicted on 16 Felony Counts and All of Them... 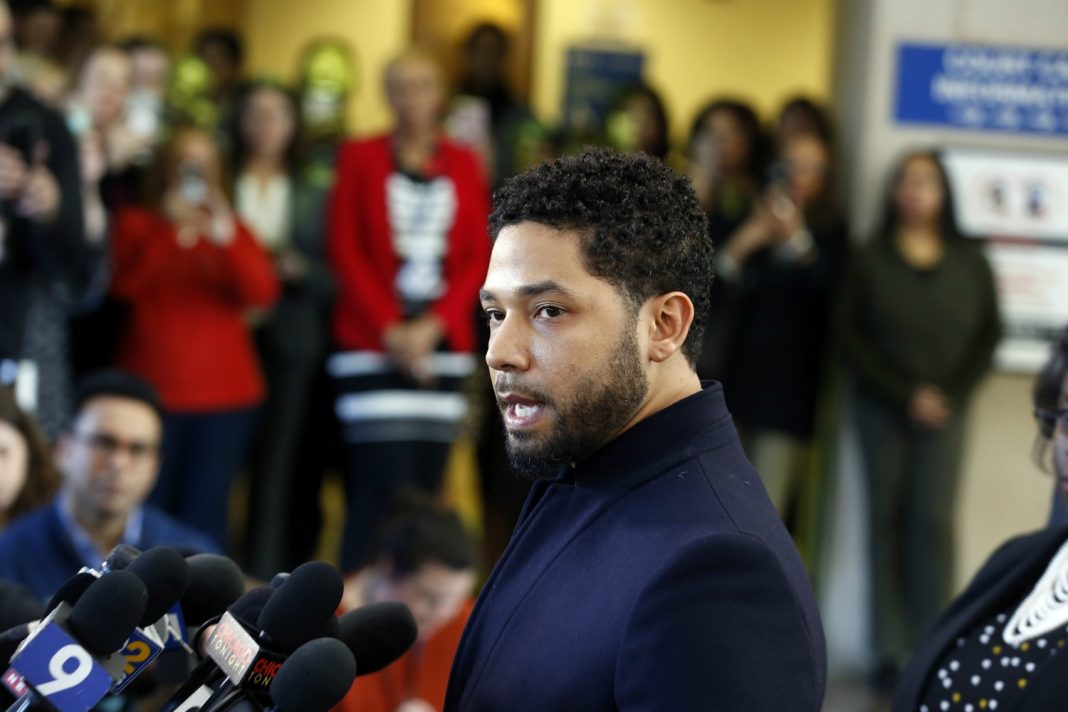 In a stunning reversal, prosecutors dropped all charges against Empire actor Jussie Smollett this morning.

Smollett had been indicted on 16 felony counts of disorderly conduct and filing a false police report after claiming he had been the victim of a racist and homophobic attack. His record will be wiped clean and the $10,000 posted for his bond will be turned over to the City of Chicago Law Department.

In a statement, the Cook County state’s attorney’s office said, “After reviewing all of the facts and circumstances of the case, including Mr. Smollett’s volunteer service in the community and agreement to forfeit his bond to the City of Chicago, we believe this outcome is a just disposition and appropriate resolution to this case.”

In a press conference, Chicago police superintendent Eddie Johnson said he was disappointed that charges against Smollett were being dropped.

“I’ve heard that they wanted their day in court with TV cameras so America could know the truth and know they tried to hide behind secrecy to broker a deal to circumvent the judicial system,” he continued.

Chicago Mayor Rahm Emanuel says Jussie Smollett was "let off scot free, with no sense of accountability for the moral and ethical wrong of his actions" https://t.co/kNQqMavks3 pic.twitter.com/tPLBJZe7Sl

Chicago Mayor Rahm Emanuel called the dropped charges a “whitewash of justice,” saying that Smollett has hurt future hate crime victims by using the law to his own benefit.

“There needs to be a level of accountability throughout the system, and this sends an ambiguous message that there is no accountability, and that is wrong,” he said.

It’s not clear what prompted Cook County’s decision to dismiss the case.

In a press conference, Smollett thanked the state of Illinois “for attempting to do what is right.”

“I want to thank my family, friends, the incredible people of Chicago…who have prayed for me, who have supported me…I want you to know that not for a moment was it in vain. I’ve been truthful and consistent on every single level since day one.”

“This has been an incredibly difficult time, honestly one of the worst of my entire life. I’d like to thank the state of Illinois for attempting to do what’s right.”

A spokesperson for Fox, the production company behind Empire, said that the studio was “gratified” that all charges against the actor had been dismissed.

Smollett initially reported being assaulted on his way home from a sandwich shop by two masked men who shouted racial and anti-gay slurs, poured bleach on him, beat him and looped a rope around his neck. He claimed they shouted, “This is MAGA country”—a reference to Trump’s campaign slogan.

No, seriously. What actually happened? https://t.co/OnGofY21i7

THIS JUSSIE SMOLLETT SHIT IS INSANE IM SO TIRED.

RELATED: Jussie Smollett’s Attack Is Alleged to Have Been Staged, but Hate Crimes Are on the Rise in Places Like L.A.