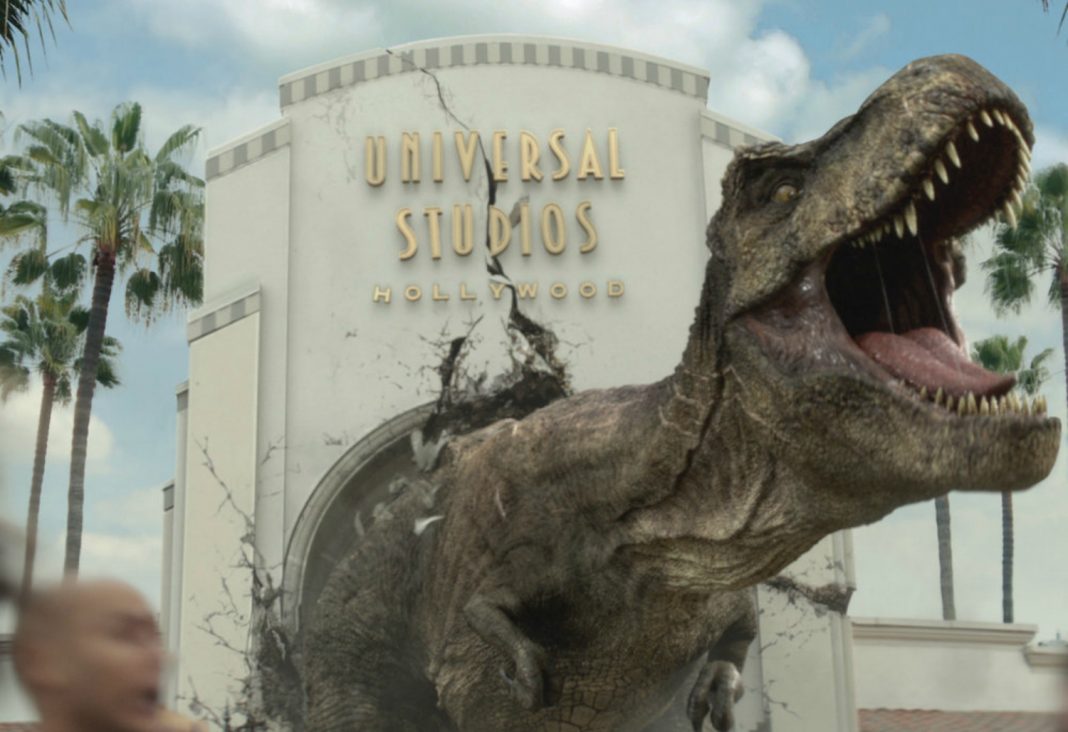 Jurassic World: The Ride is opening at Universal Studios Hollywood this summer, but you can get a sneak peak at the new attraction in this just-released trailer.

The teaser begins in Universal’s backlot, where several elaborate film productions are interrupted by a dino on the prowl. As the T-Rex makes her way to the front of the park, she carelessly knocks into Universal’s iconic gate, causing significant damage. How rude!

The preview also takes us, much-too-briefly, into Jurassic World’s new show building, where riders will come face to face with the giant Mososaurus, a carnivorous aquatic lizard that swam approximately 80 million to 66 million years ago, give or take. This dino doesn’t seem very happy to be there—and maybe someone should have invested in thicker aquarium glass for her enclosure?

Beyond that scary new scene—which takes place in foreboding darkness—riders will “navigate lush environs of dense vegetation, traversing new areas besieged with towering dinosaurs meandering at just an arm’s length away,” per a press release. And a new finale will see the T-Rex face off with another dinosaur before riders make the plunge down an 84-foot waterfall. Here’s hoping that Universal is installing a bunch of new animatronics to scare the crap out of us and not relying solely on CGI, but who knows.

The revamped Jurassic World ride is just one of a number of new attractions coming to Universal, including a trackless Secret Life of Pets ride and the long-rumored Nintendo World. This past week, Universal also unveiled a new Dark Arts projection light show at Hogwarts Castle, featuring some very impressive drones. Theme parks! Gotta love ‘em.