Home Pop Culture The Theme-Park Rumor Mill Has Churned Out Some New Info About Universal’s... 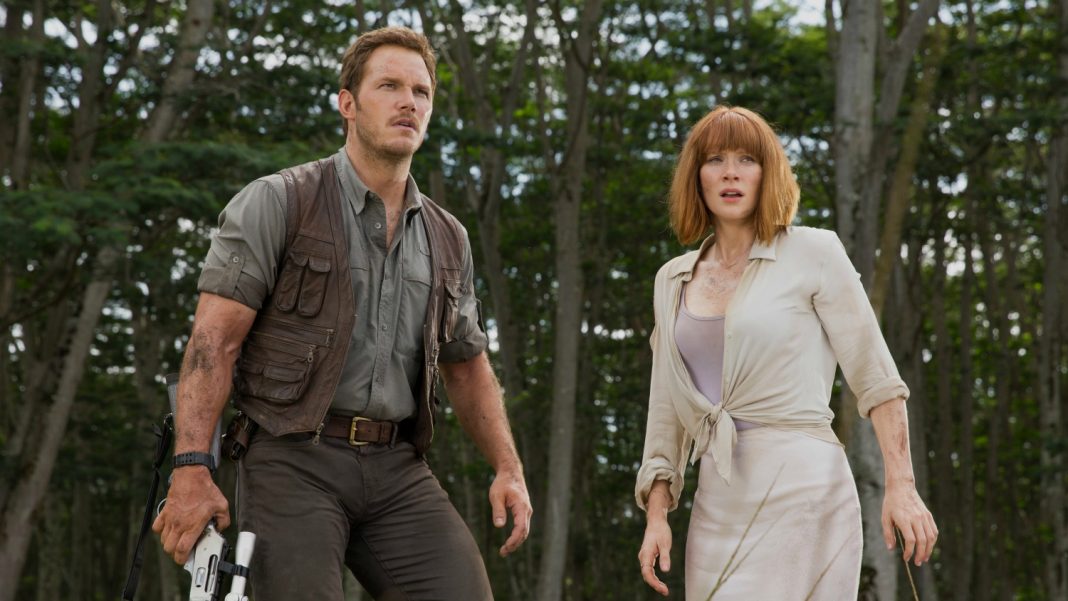 Theme-park people can be a little intense. At Disneyland, some are known to spread the ashes of loved ones underneath the creepy animatronics at the Haunted Mansion. Others chronicle every minor update to their favorite parks in near-daily vlogs. One woman even married a roller coaster (she named him “Bruce”).

When a park tinkers with a beloved attraction, it can lead to an outpouring of grief. When Universal Studios Hollywood’s iconic Jurassic Park ride shut down for a year to rebrand as a Jurassic World attraction, Twitter lit up with fans posting RIP’s and cry-face emojis. Two enthusiasts mourned the ride with 62 trips down its summit and a (not-so-impromptu) engagement in its gift shop. Hm, OK!

The thing is, Jurassic Park’s face-lift has been a long time coming. Many of the animatronic dinos on the ride just can’t swoop their long, rubbery necks or wag their spiky tails the way they previously did. (The ride was built in 1996.) What once was an incredibly expensive and advanced theme-park attraction has long needed some TLC.

Thankfully, the refurbishment underway suggests that the new Jurassic World Ride is going to be fancier than previously thought. Initially, a number of fans theorized that the old Jurassic ride would be reskinned with new animatronics, but fundamentally would remain the same ride experience. But the newest YouTube clips show an enclosure being built around the beginning of the boat tour—likely a new “show building,” as theme-park aficionados call it.

Brian Glenn, editor in chief of theme park news site Inside Universal, believes that this is where the company will plop its Mosasaurus: a dino teased in the Jurassic World trailer that will douse riders with water as it “dives for its great white shark snack,” according to text pulled from Universal Studios’ official site. Meanwhile, a fearsome genetic hybrid, known as the Indominus Rex, is rumored to be replacing the Tyrannosaurus Rex that swings on a pendulum above riders during the attraction’s climax.

Other than that, the basic layout of the ride will likely remain the same—including the infamous drop that Steven Spielberg couldn’t handle. (On his inaugural trip, he halted the ride before its watery plunge and took the stairs down to the street.) Glenn believes the new attraction will open between May and June, when it will likely go head-to-head with Disneyland’s new Star Wars Land.

There are other additions rumored to be coming to the park in the near future. A Secret Life of Pets trackless family ride will most likely land in what’s currently a dead zone near Minion Mayhem. Glenn thinks it will be a “fairly mellow” attraction, meant for families with small kids. And near the Transformers Ride on the lower lot, construction crews are at work on an area that could very well be the long-teased Nintendo Land, featuring rides based on Pokemon, Donkey Kong, and Mario Kart. “We hope that’s where it is,” says Glenn. “It’s the best guess we have.”

Because it’s nestled between a major freeway and a bustling back lot, and space is limited, Universal tends to replace and refurbish its rides rather than adding ones. The graveyard of past attractions could fill a few stadiums, including Back to the Future: The Ride, E.T. Adventure, the Nickelodeon “Blast Zone,” and a 3D ride based on Terminator 2. Brand-new additions are an exciting and rare occurrence—and probably evidence that the local theme-park wars could be heating up.

RELATED: Disneyland’s Star Ward Land Is Going to Be Out of This World