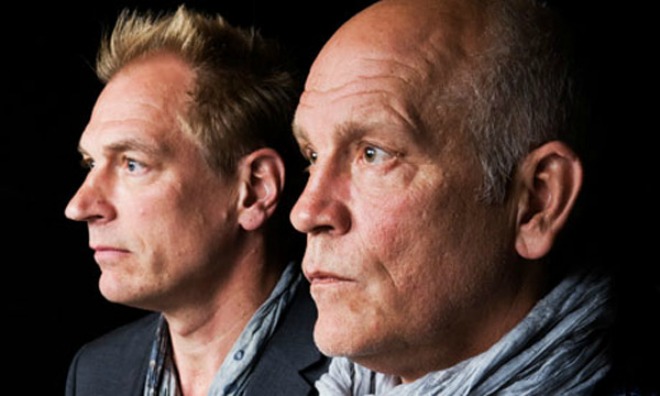 Growing up, actor Julian Sands knew Harold Pinter the way most of us do: as the Nobel laureate whose plays The Room, The Birthday Party, and The Homecoming, — filled with brooding, menacing undercurrents — came to define a new aesthetic: Pinteresque.

In his one-man show “A Celebration of Harold Pinter,” which he performs tonight at the Whittier College Writers Festival, the 55 year-old Brit reveals Pinter’s lesser known side—his surprising warmth and tenderness, as evidenced in his poetry, prose, letters, and the recollections and anecdotes of friends, including Sands himself. John Malkovich, with whom Sands previously worked in The Killing Fields, directs.

Sands first made a name for himself with his breakout role as the soulful George Emerson in A Room With a View before migrating to more complex fare. He played Percy Bysshe Shelley in Gothic and Elisabeth Shue’s pimp in Leaving Las Vegas. Following Sands’ appearance as Tony Blair in David Hare’s Stuff Happens at the Mark Taper Forum in 2005, Pinter called him up to ask a favor: Would he read Pinter’s poetry at a benefit in London?

Pinter had been diagnosed with esophageal cancer and his voice was too weak to carry. He wanted Sands to take his place — on one condition: that they meet beforehand so Sands could acquaint himself with the material. What followed was a friendship and a twilight apprenticeship with one of the world’s greatest playwrights. After Pinter’s death in 2008, Sands reworked the show into a tribute that debuted at the Edinburgh Fringe Festival before touring England and the United States.

An evening devoted to the man who penned Betrayal as he nakedly declares his love for his wife in verse? We’re already there.