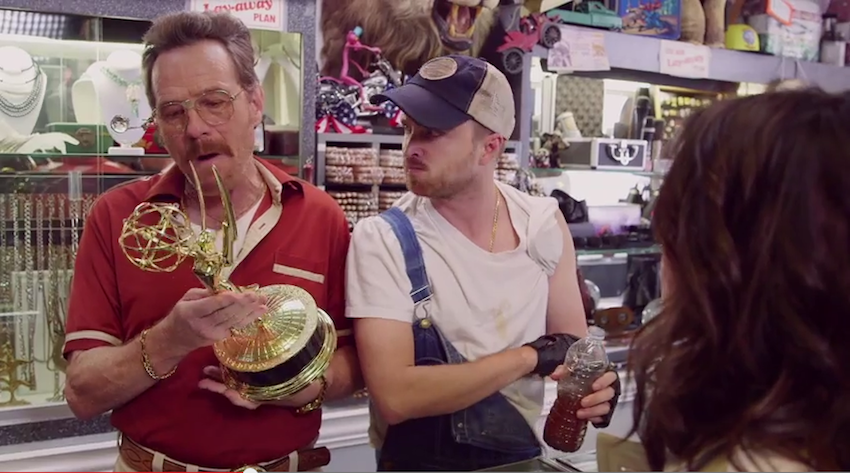 WHAT: This is what happens when you drink too much rosé: You go online and end up buying an island. Unlike a pair of acid washed denim jeans, you can’t return a land mass when you sober up. How do you pay for your impulse buy? If you’re Julia Louis-Dreyfus, you try pawning your Emmy statuette at a skeevy shop run by Bryan Cranston and Aaron Paul—with an even skeevier reality show in tow to capture all the action.

VERDICT: Hahahaha! If Barely Legal Pawn were a real show, we’d watch it. Instead, it’s an ingenious promo for the Primetime Emmys, which air on Monday night. Louis-Dreyfus’s next gig? We hear it’s a PSA about the perils of shopping online while sozzled.