Home Uncategorized Jubilee Festival Gears up for its Downtown Debut 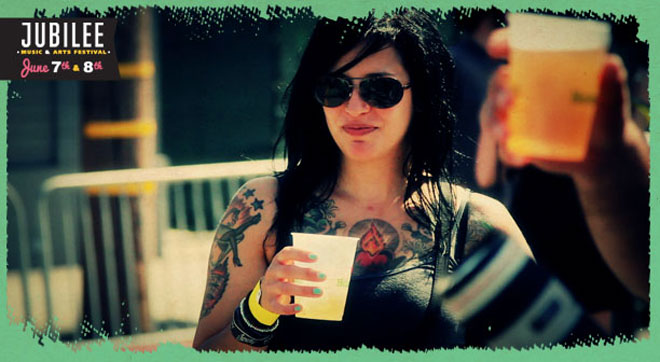 Three years ago the Jubilee Music & Arts Festival took over Sunset Junction’s niche as the essential Silver Lake music showcase. This summer, the festival makes a bittersweet move to downtown where it will take over the Arts District on June 7th and 8th.

Capitalizing on the area’s vast open spaces (read: abandoned lots and empty warehouses) and lack of residential neighbors, event organizers have been able to crank up the volume, push back set times (with acts now scheduled to play until 2 a.m.), and, for the first time, host indoor and outdoor stages.

While three stages will be dominated by music, a fourth will host comedy acts curated by Iliza Shlesinger. Look out for Natasha Leggero (a frequent Chelsea Handler collaborator) and the hilarious Bryan Callen.

Tickets are still available; at $50 for a full festival pass and $30 for a one-day pass, it doesn’t get much more accessible for a multi-stage music fest. Jubilee may be losing its community-centric charm, but it still welcomes all.